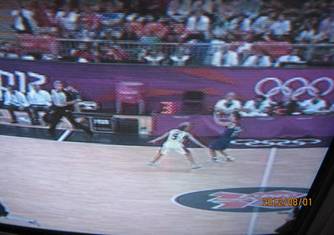 Something odd happens to me when I watch the Olympic Games on television. Although deep down I hope that Cuban athletes win, I feel happy when they do not place or win medals. I realize this feeling is difficult to understand. Normally, the citizens of a country are happy when its athletes achieve success. This very troubling feeling has led me to consider its possible causes.

The issue is that, for more than fifty years, our athletes have been officially identified with the government. They are athletes because of it, they compete thanks to it, and the medals they win are dedicated to it and its most important leaders. In this form of governmentalism and cheap official patriotism, sports officials, trainers, coaches, news anchors and reporters have played and continue to play a very important role. They present our athletes as superheroes, capable of any achievement, brave, with hearts forged out of steel that do not fit in their chests, born to conquer and not to be conquered, and other such nonsense. This is in contrast to their opponents who, it is presumed, possess none of these qualities which are inherent to Cubans. Such hollow talk naturally leads citizens, like myself, to reject our athletes because we feel they do not represent us.

I realize many athletes are not responsible for this situation (though some in fact are), and feel obliged to play the game, such as it is, if they want to train and compete both domestically and overseas. Some become disgusted, decide to look for new horizons in other countries, and do not return when the opportunity presents itself. They are accused of being traitors and deserters, and their names are erased from the history books, as though they had never existed. There are many examples of this. Others continue carrying their crosses until they reach the age of retirement, then pass into the limbo of oblivion and are forced to make ends meet by becoming self-employed.There are many examples of this also.

Thepoliticization of sport, a part of the absurdpoliticization of the whole society, is an attempt to establish by decree uniform thoughts and attitudes, ignoring the normal differences that exist among human beings.

Perhaps by the next Olympiad, if things change the way most of us hope, I will be happy to see our athletes placing and winning medals, and these conflicted feeling will have vanished.