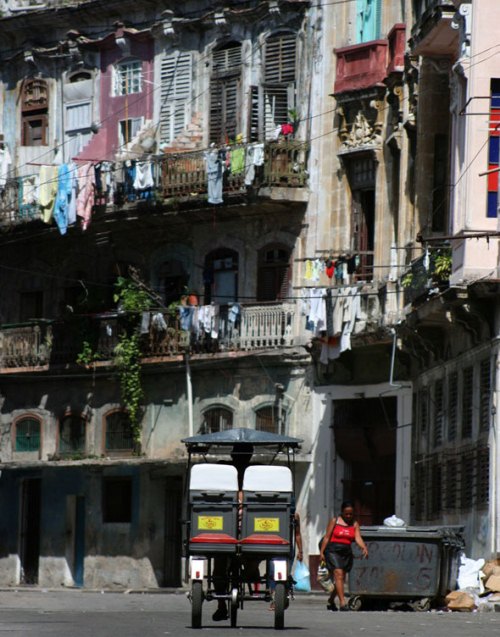 It’s no secret to anyone that the Cuban capital is falling to pieces. It’s enough to walk around any part of the city to observe the death throes of an urban landscape that is becoming blurred, its buildings disappearing under the combined pressure of time and neglect. No municipality escapes the decline. There are ruins or pre-ruins from the ancient Old Havana — despite enjoying the partial benefits derived from its patrimonial grace and the museum-tourist interest efforts of the City Historian — to the once aristocratic Miramar, of course, saving the marked differences between both areas.

Nevertheless, we can affirm that Central Havana is the municipality displaying the worst state of the buildings. Perhaps because it is the smallest on the whole Island, the most densely populated, the one with the most ancient buildings contained within its small geography and, fatally, the one of least interest to official purposes.

In Central Havana, in addition, a multitude of multifamily buildings from the first half of the 20th century crowd together, old rooming houses and guest houses in precarious condition and almost completely unmaintained, and old shops, worm-eaten theaters and other rundown spaces.

A commercial area during the Republican period, the accelerated deterioration of old businesses and fleabag hotels, many of them closed and propped up, adds a grim note to an urban node that seems marked by misfortune: Central Havana, crowded with inhabitants, right now seems a municipality condemned to disappear.

It’s enough to walk down any of its crowded streets to feel surrounded by this kind of agony of crumbling bricks, peeling plaster, broken sewers, an environment of filth, overflowing trash bins, unpainted buildings, debris, the intense odor of accumulated poverty, at times ill-concealed by the efforts of this or that stubborn resident, who tries to maintain the little piece that he or she miraculously and precariously inhabits safe from the extinction that is upon us.

Only a miracle could save Central Havana, but where would it come from? Perhaps from God? From the government-executioner itself? From its wretched people? There are ever more buildings that succumb and fall to the ground, usually taking with them the life of some stubborn resident who refused to give up his home. Ever more vacant spaces are opening in its neighborhoods and in the hopes of its inhabitants.

It’s true that all of Cuba is dying and succumbing to despair, but today I want to dedicate this complaint, almost a requiem, to the municipality where I live. Allow me to show my readers, in just a few photographs by me and my friends Orlando Luis Pardo and Dimas Castellanos, some images of the landscape that greets my eyes every day and that says much more than any of my words. Take them as an insignificant sample of the immense destruction achieved by more than 50 years of government abandonment and contempt. Here they are. 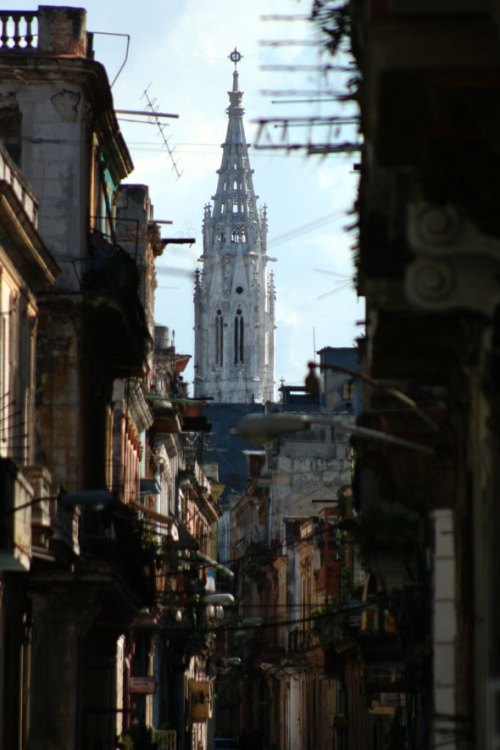 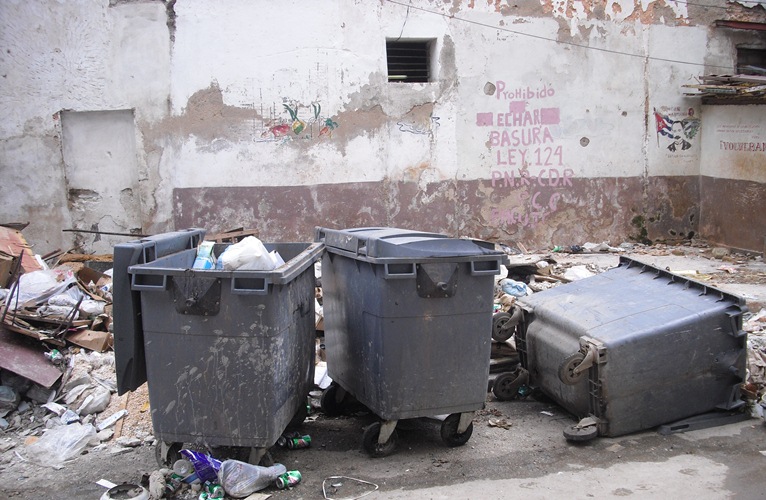 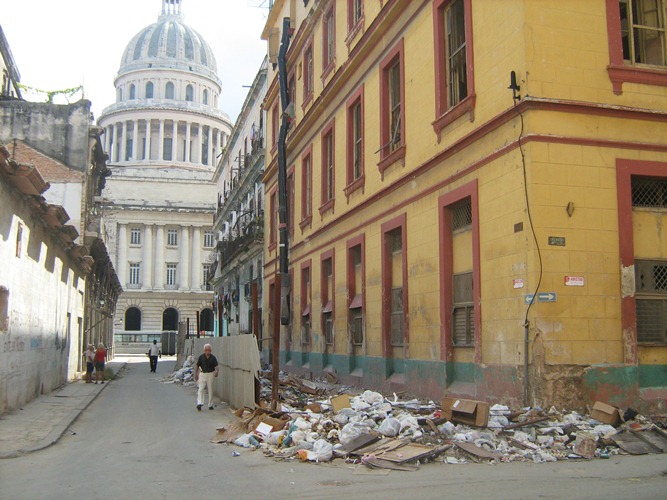 Barcelona Street (The Capitol Building is in the background) 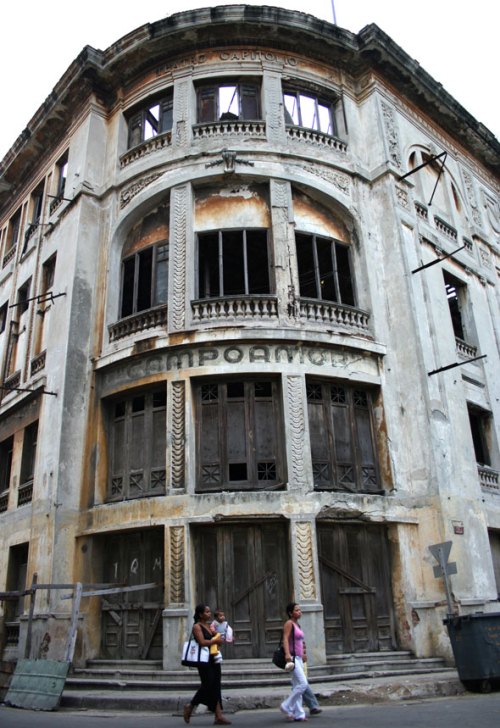 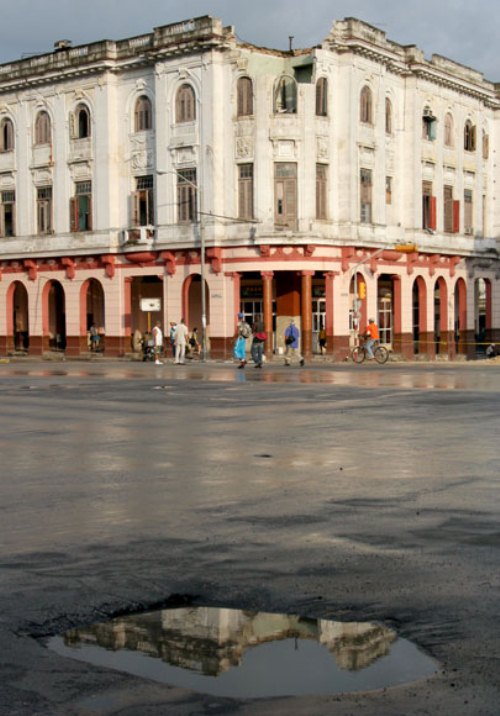 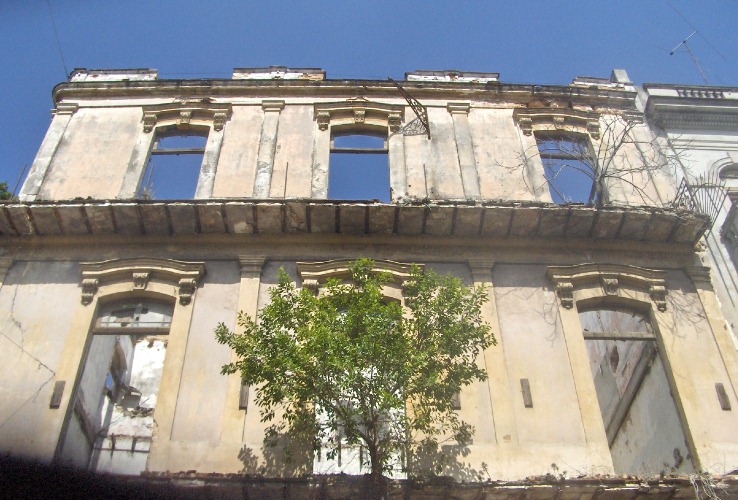 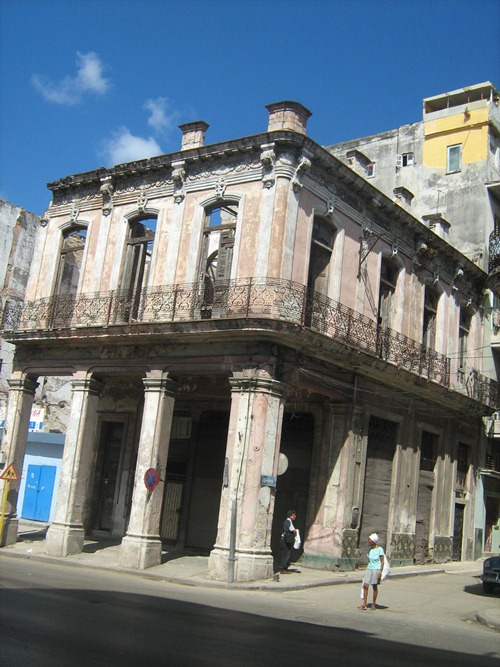