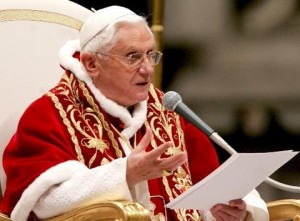 I’ll never forget when the news came from Radio Marti that we Cubans had a Cardinal. My mother, excited, let me know, and from her tearful eyes came her illusions about the Catholic Church, that had just added to its conclave a high church official. From her hopeless simplicity, my mother intended to convey to me that, hierarchically speaking, “a cardinal is more than Fidel,” as she decreed. I remember that I shook my head yes; I didn’t want to spoil her illusions.

Of course we know what a cardinal means, but those who should have believed it didn’t. ”President” Fidel Castro and his supporters ultimately never finished the work of mowing down the church of the Cuban people. That unfinished task has always been his frustration.

In my humble person Pope John Paul II had one of the faithful who most admired him. My love for him became worship. In addition to being the Holy Father, he was a born political leader. And I will always keep the thrill I felt when he greeted me, an unimportant bystander, when he expressed love from his motorcade.

I will always remember his visit with gratitude. But if I had been his advisor, I would have suggested that he not turn up in a Cuba without freedom, without progress and without the most basic respect for human rights: Freedom of Expression. Many Cubans placed their hopes in his visit, thinking they would gain significant social achievements, political freedoms, and even that it augured multiparty elections.

It’s healthy to remember the years of “politicking” that keep the Castro brothers in power, and needless to say, they wouldn’t accept any visit, not even of Jesus Christ in person, if it jeopardized their power. I always knew that with objective clarity.

After the Pope left, we still have hope, even if we have empty hands, because after all we keep them in our pockets, there’s no point in showing how empty they are.

What we Cubans have to achieve won’t come from anyone’s visit, nor from the “peace concert”, although it had good intentions, nor from the “U.S. blockade.” It will come the day we demand what belongs to us by our own right. Then, after participatory democracy wins and Cubans have the right to choose freely and consistently what they want for themselves, we will welcome the current Pope, and also, spiritually, we will receive the Vicar of God, now in heaven, Father John Paul II, the simple man and scholar who was Wojtyla.

But we know that the road to paradise is paved with good intentions, and so is the one that leads to freedom on the island of Cuba.