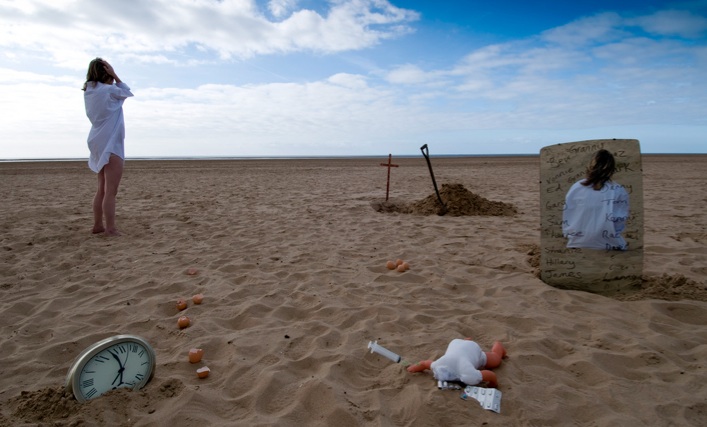 Soleida Ríos just published through Union Publishers a collection of the dreams of certain Cuban characters, from a winner of the National Literature Prize to a champion boxer (the latter much more creative than the former, by the way). A poetic little book, of course, with too many cultural references to actually impact reports on the truth about what’s real.

But the idea is still enticing. Does every Cuban dream at random or us there a certain spontaneous consensus when dreams come, of being alone with our mind, or perhaps with our death? Will or won’t there be an imaginary and hyperreal data base, this concept or canon of “dreaming in Cuban”: that is, of dreaming in private the Revolution? (There is a title from Nivaria Tejera that tries, unfortunately with very limited efficacy.)

Our post-Revolutionary 21st Century is in some way that desperate vigil, that precarious but perpetual present, this being without being of which no one in their right mind could expect anything now. Madness as the ultimate fountain of significance from which it is very dangerous to drink.

Nevertheless, we dream. Or we can pretend we dream, because we assume we are not capable of this territory at the margin of daily totalitarianism. The despotic power this country has suffered for 50 or 500 years, given its pretensions of western modernity, today it cannot impose its desert demagoguery in a simply dream of its citizens. Hence the interest in compiling dreams Hence the dissimilar subversive dreamt plebiscite. We are free to dream that we dream, including faking it.

Don’t the generals have dreams of five-star pansies, with a tank’s gun up their own asses? Don’t democratic activists dream that shining from their guayaberas are the obsolete insignias of a neo-commander-in-chief? The exile savoring in its own sauce his original migratory guilt? Doesn’t he who asks refuge dream like a cheat who calculated it all ahead of time, just to access this refuge-ability status? Isn’t the Virgin a spread-legged horizontal nympho?  Doesn’t the Catholic read a subconscious devil at night. Aren’t adults children before the sun comes out? Aren’t the old rejuvenated and repent of their biographies of shit, fear, petty mediocrity? Crying in our dreams, do we miss some Cuban? Doesn’t the hired assassin dream of the last expression of his victims before the wrenching the steering wheel or the criminal sedative injection?

Ah, to dream is a pleasure, a suffering.

If only every Cuban would dare to put some dream in writing, perhaps we would recover the awakening of our so harmful notion of a nation. Perhaps we would have the right to a collective niche called Cuba (the bed that Cuba still extends to us), with the density of some contemporary thing, with the soul of a free pillow, without diurnal dictators nor the most faithful phantoms of a socialized Freud.

Not only would we have time and memory to put into words some ephemeral or incessant dream, something that happens to us inside and that we don’t control, an intimate or intimidating impressions, the sum of these millions of mental energies would be surprising.

Could our homeland for which we kick and scream be reborn from such a catalog without knowing how or why? Hopefully. The worst would be if, like in an all-encompassing novel of Guillermo Rosales, from this gelatin of nightmares emerges again statistically the fatuous triumph of a tyrant: alive or dead, awake or falling asleep, “Don’t you see now that nothing is resolved with this?”

Cuba not so gallows-like, but as ubiquitous.