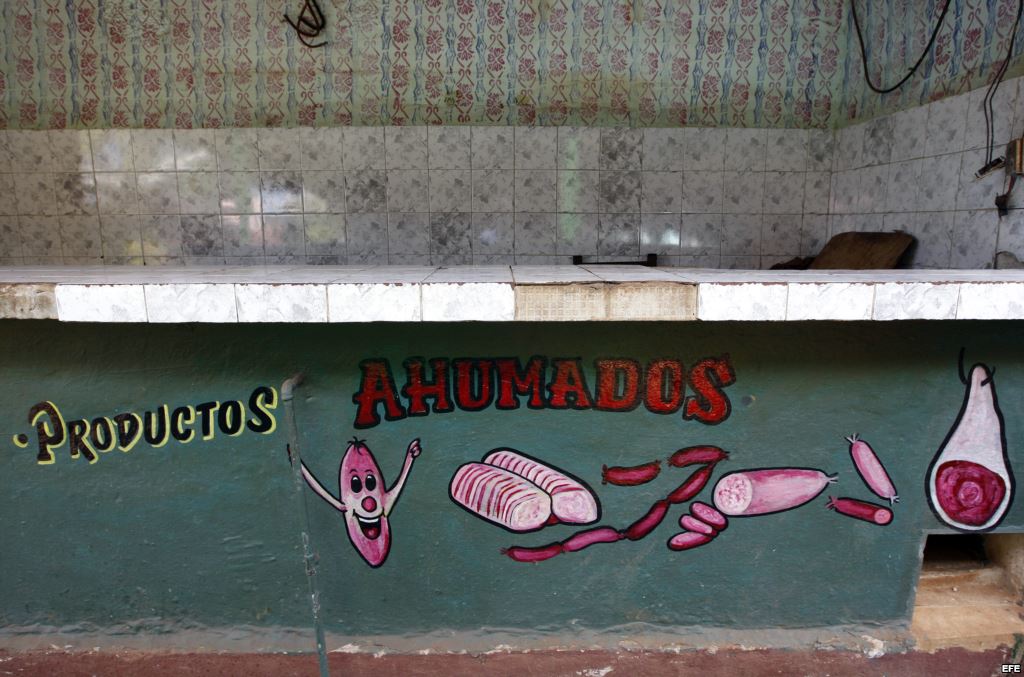 A few days ago I read that within the vast and complicated machinery of the Cuban Ministry of the Food Industry (MINAL), the meat company nationwide scored higher sales volume during the past fiscal year.

It surprised me, in that ministry there are several companies with more administrative staff than workers; but happy or alarmed was my “to be or not to be.”

The official press lies a little, although regularly, and as an established norm avoids part of reality. So I thought that this note would be published with the only objective of cleaning the stench of corruption that the wave of investigations and arrests that led the former head of this industry, Alejandro Francisco Roca Iglesia, to prison, along with his vice minister, Celio Hernandez and so many other officials. Especially knowing that, although the new minister of the branch is Dr. Maria del Carmen Concepcion Gonzalez, the one who has the upper hand in such a necessary institution in the foolish and never well-thought of engineering specialist in the applied chemistry of human nutrition, Deborah Castro Espín.

Anyway, the irony is liberating and as the old sailor’s saying goes, “When the dolphins leap the storm is coming.” I continued to keep my intellectual apathy busy and communicated with Havana using the overly expensive invention patented in 1876 by the British speech therapist Alexander Graham Bell.

“The Union of the Flesh” — and I quote almost verbatim someone who asked not to be revealed — “is the company that within this large conglomerate sold more last year. Supported, of course, by the Food Corporation SA (a mysterious Cuban capital private entity).

“Meat consumption grew, and both entities were responsible for producing and marketing meat products, plus all their derivatives.”

So far everything was going well, the scandalous is the rest. For a long time is hasn’t been profitable to produce a kilo of meat in Cuba, taking into account feed prices, the costs of caring for the animal, veterinary care and fuel. With all this an expensive product reaches Cuban processors. But the Cuban government didn’t calculate, or foresee the tangible increase, it has had since last year, in private restaurants (the paladares) and for that reason the MINAL was forced to innovative solutions to meet the pressing demand.

“We had no response,” my interlocutor told me stealthily, “and the ‘higher ups’ ordered ground beef to be mixed with small amounts of horse meat and texturized soy, to maintain an acceptable level of nutrition and not affect the typical cherry-red color of the fresh meat.

How dreadful, the Cuban officials lost respect and restraint; they gained irresponsibility, shamelessness and perversion. The fraud here is not in the mixing of the meat, if it’s not misleading or not properly informed.

It should be clarified that from the middle of 2012 to date, ground beef, selling at the price of steak priced in CUC, and that tourists and nationals enjoy, is fit for human consumption, but it is not ground beef. Indeed, in Cuba it’s never what it seems.