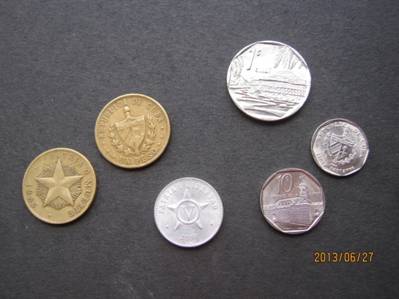 In close circles of friends there has been a lot of conversation recently about the slow, almost imperceptible changes announced by the government. What is certainly clear is that soto voce, almost secretly, there is some perceived movement — a hint that “something is up” — out of view, as usual, of the public.

The government is experiencing a never-before-seen crisis. The Cuban economy is virtually non-existent. The country produces no wealth and the hope placed in the government of neighboring Venezuela is fading away along with Chavism, like a mirage in the middle of the desert just as one is about to die of thirst. Our only options lie in the north, not the south.

Are we ready for change? Not as I see it. As an uninformed and isolated people we have waited for solutions to come “from outside.” Many people, perhaps a majority, fear the unknown. On the other hand the daily struggle to survive leaves almost no opportunity for analytical thought.

During the last fifty-four years they have been scaring us with the threat of “the enemy in front.” It is an invention used by the government to paralyze private initiative. It is an attempt to make us complacent—into a people without expectations, always searching for food, blaming all our problems on the so-called blockade, which is itself is clearly on a path to extinction also.

Now that there is a subtle hint that “something is up” with the neighbor in front, instead of being happy, many are terrified and even believe that this is going to turn into a “move out of the way; I’m moving in”* situation. We should never have allowed ourselves be manipulated to such a great extent when in reality the United States has always been our natural market.

A neighbor, whom I consider to be a wonderful person, told me that what he really fears is “what will become of us, the opposition, when it happens.”

We will keep writing, I told him, pointing out what is wrong, come what may. Then our inventiveness and creativity will be given free reign. At the very least we will have equal opportunity. We will regain our freedom as individuals and with it our free will.

An architect, for whom I have great appreciation, shared with me her concerns about the changes. “Those of us who stayed behind and put up with everything are not even going to have a penny in our pockets, while those from over there are going to come in with money to invest,” she said.

“Look,” I told her, “we are the ones who are to blame for accepting everything without complaint. And when it comes to those who are going to come here with money, I do not mind at all; quite the opposite, I am glad. Besides, many of those who are coming to invest their capital are Cubans, or their descendants, from whom the government stripped everything away, and who recovered economically with their sacrifice, intelligence or good luck. That will be good for everyone.”

I believe that now is the time to smooth over political differences and be pragmatic. In many cases this will mean having to “pick ourselves up” and start over without bitterness. To forgive but not to forget, letting the appropriate authorities pass judgement on criminal cases perpetrated against human dignity, which must not go unpunished. Apart from that, we must try to contribute our own grain of sand in the rebuilding of our country and putting it on the path of development in the XXI century.

*Translator’s note: In the original Spanish this is, Quítate tú para ponerme yo, a Cuban expression and title of a popular song.