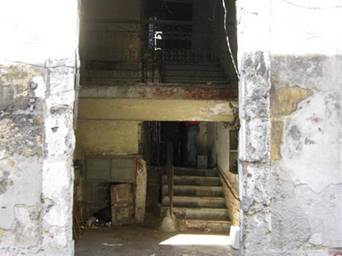 Cuba is like an exaggerated version of the fictional village Macondo,* as is clear to anyone with half a brain. For evidence of this, one need only spend a few minutes reading the country’s state-controlled press.

On Monday new customs regulations went into effect. On Tuesday there were articles by two of our seasoned journalists, who reported how successful these measures were, so much so that they had both travelers and customs officials applauding in unison. It is striking how effective these regulations turned out to be, and in such a short period of time, especially if we consider that it took a full year and a trial run in three provinces to lower the price of natural gas and distribute it for free.

The International Freedom for the Five Day — there are now only three of them — has occupied the front pages of the two main state-run newspapers. This year it will run until October 6, with vigils, marches, exhibitions, book sales, an international symposium, and demonstrations at universities, community centers and workplaces. This will include an event dubbed Kids Paint for Peace in which “all the nation’s children,” which can be interpreted to mean “all children without exception,” will paint asphalt and and fly kites in support of the Five.

It seems that all is going well considering that this campaign will represent the loss of vast amounts of time – including that of private citizens — and a waste of resources in pursuit of a new national pastime. If the state-run media is to be believed, this issue is of concern not only to Cubans on the island but to Cubans throughout the world. Please, let’s not get carried away! Remember that overstatement usually ends up being counterproductive.

As though that were not enough, it seems we must now celebrate the 69th anniversary of Fidel Castro’s college admission, the tenth anniversary of his historic speech at the Aula Magna and the fifth anniversary of his address to university students warning them of the threat of extinction to the human race. Remembrance has its place, but I do not remember any remembrance of the day on which Carlos Manuel de Céspedes, Ignacio Agramonte or José Martí — to mention three examples — began their university studies, much less a remembrance of many of their truly historic speeches.

It seems that a large segment of today’s Cuban youth — at least the ones who appear in the official media — find time to commemorate almost any event. Many years ago the cult of personality as practiced in other countries of the former Soviet bloc was severely criticized here. In light of all the damage it caused, people swore this would never happen in Cuba. Has this been forgotten? It might be a good idea to remind our young student leaders of this.

It is noteworthy that this summer, which was certainly quite a hot one, there were no new measures taken to stimulate the economy, unless you count the new customs regulations. We hope that September brings some new changes, though they are unlikely to meet the expectations of most Cubans. Nevertheless, something is better than nothing, even if it comes in dribs and drabs.