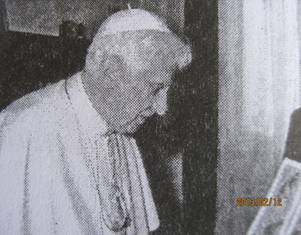 The announced resignation of Pope Benedict XVI has shocked world public opinion, for being an unusual phenomenon and also constituting a demonstration of profound respect and love for the Church and the faithful. The action, personally, validates his modesty and honesty, showing his ability to publicly acknowledge when his physical and mental abilities prevent him from exercising the responsibilities of the high office to which he was elected.

The Pope, leaving the road open for his successor, also implicitly accepted the need for changes in and modernization of the Church, in keeping with the times.

His example should at least give pause to some politicians who, with diminished physical and mental capacity, which they demonstrate daily, still cling to power, like a divine gift, not realizing the damage they do to their people. Examples abound and are the order of the day. Of course, this requires great courage and total detachment!