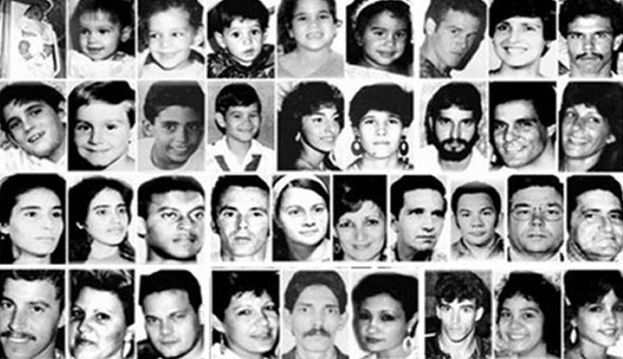 Betania Publishers is making available to our readers the poems recently published by the poet and writer Liliam Moro (Havana, 1946)  in trubute to the victims.

The earth is bounded by borders

The sea is free.

But in freedom there is also Death.

Death is not made of numbers,

it is not a quantitative reckoning.

In a single death

But when Death arrives uniformed

and furiously shoots water from cannons

to sink an opponent

and rams and destroys the opponent,

and this other is not one but seventy-two,

and there are ten children among the seventy-two

and it is at dawn

when the sky and the sea merge

in the same brush of blackness

then, to save themselves,

they clung to a floating corpse

and a mother tells her son to close his eyes

so he will not be frightened on seeing Death

when they ask for clemency

and they respond laughing “let them die”

and they begin to count the bodies face down

How are they, Lord, those who survived?

How are they, Lord, those who shouted

and now aged so many years later

with the medals of merit rusting

at the same rate that their souls are rotting?

What god did they blindly obey

whose voice they no longer remember?

How is she, Lord, that woman

who throws candies into the water

How are we, Lord, we who remember it

on every anniversary and we foam from the mouth

and we cannot tear out that infamous page

from the history books

nor grant them resurrection?

The brutal cannonade of water in the middle of the night

broke to pieces the spheres of the compasses

that showed the cardinal points

of the time to come,

that is called the future;

they could not point to the North.

The bodies no longer float,

with the slowness of inevitable.

They didn’t need the ferryman Charon.

they were unhurriedly sinking

and abandons himself to the dream where Nothing receives him.

Tangled in the silt

among the blind fish,

they descended to keep company

that have been accumulating for centuries

where the abyss begins;

and down there, in the depth of the deep

lie the beings who tried

to move to another nearby geography.

And they are there still.