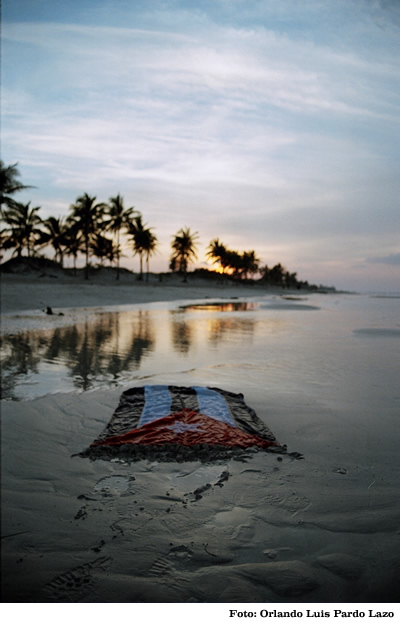 Hundreds of thousands of Cubans are on summer vacation, among them students who enjoy almost two months until September comes around. The summer break happens at the time of the highest temperatures and all analysts believe that the social pot reaches its maximum pressure point at the beginning of August. The combination of heat, scarcity and the school break, especially irritates those adults who dream of keeping their family cool, fed and quiet. Many parents are forced to stop working because they have no one to leave their children with and in most workplaces productivity declines during July and August.

In summer the beach is inviting, especially on a narrow island where the coast — even at the widest point — is less than 60 miles away. But swimming in the sea also involves some difficulties, particularly with regards to transportation and because once we are lying on the sand next to the ocean, we discover that nearly all the food on offer must be paid for in convertible pesos. This goes for the umbrellas, too.

Sooner or later boredom leads us to the corners of the house that need repair. The chair that wobbles, the sink’s half-clogged drain, the outlet that sparks, the old clothesline that no longer supports the weight of the laundry, and the toilet tank that has sprung a leak. In short, the many corners that deteriorate over time and to which we must dedicate hours when we have some days of leisure. Thus, by the end of the vacation, talking among our colleagues we hear more about the difficulties of repairing the kitchen light than of the warm Caribbean waters.