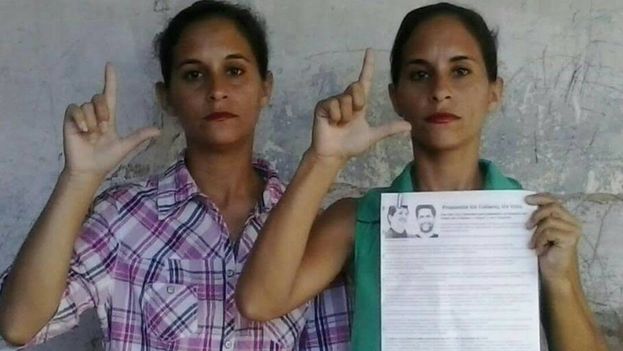 Anairis Miranda Leyva and her sister, Adairis, have just been released on parole after three weeks on a hunger strike. Adairis holds a report about Oswaldo Paya, founder of the Christian Liberation Movement (MCL) and Harold Cepero an activist in the movement; both were killed in a suspicious car accident. (MLC)