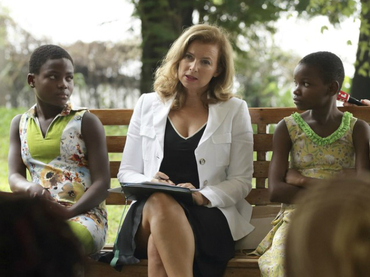 Madrid, Spain (15 Mar 2013) – The South Africa government reported today an alarming increase of school-aged girls and teenagers infected with the human immunodeficiency virus (HIV), the cause of acquired immunodeficiency syndrome.

The South African Minister of the Department of Health, Aaron Motsoaledi, published figures on the AIDS situation in the country, where at least 5 million South Africans—10.0% of the population—live with HIV, and on youth sexuality.

In a speech during an official event in the northeastern province of Mpumalanga, Motsoaledi said that there is an alarming increase in the number of cases of HIV-positive young girls with respect to boys.

He specified that at least 28.0% of adolescent girls in South Africa are infected with the AIDS virus, 85.7% more with respect to the 4.0% of affected boys, according to a report by the official news agency SAPA.

The Minister attributed this stratospheric difference to older men that sexually abuse or exploit adolescent girls. “It is clear that these girls were not involved in sexual relationships with boys of the same age, but with older men,” he said.

“This is destroying our children,” the Minister added, in reference to adults that abuse or seduce adolescentes with gifts and promises to give them a better life than what their parents can provide.

The leader of the South African Department of Health also gave figures regarding the incidence of pregnancies and abortions among South African teenagers. These have also increased in recent years.

In agreement with data from 2011, at least 94 thousand South Africans between 10 and 15 years old become pregnant, some of them HIV-positive, while more than 77 thousand have abortions in public centers and many more have them in other places.

“We cannot continue like this any longer. We have to put an end to this,” affirmed the Minister, who has been widely praised for his efforts to stop the spread of AIDS.

Motsoaledi has directed the largest anti-retroviral (ARV) program in the world, under the attention of 1.5 million affected people, since the South African President, Jacob Zuma, appointed him Minister of Health in 2009.

In addition, he has fought to reduce the spread of AIDS and to prevent more people losing their lives due to this disease, which affects 10.0% of the population and caused the death of 260 thousand people in 2012, half of all such deaths throughout the world.