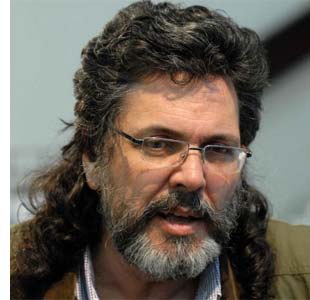 In 1997 a man with long hair and progressive airs assumed the post of Minister of Culture in Cuba. The intellectual and artistic sector was relieved, because the other candidates for the post had long histories of ideological extremism. For writers and artists Abel Prieto represented a more modern current and more open thinking. Many of them placed their hopes on the young minister for an end to censorship and exclusion on ideological grounds. But it was not to be.

Over fifteen years, this man who looked like a hippie was turned into a bureaucrat. It is true that he won some battles against the demons of political extremism, but he lost the most important ones.

He managed, for example, to simplify the cumbersome paperwork required of academics, artists and musicians traveling abroad. While he was at the head of such a complex ministry the most trustworthy figures of our national culture also acquired some privileges such as Internet access from home and the possibility of buying a modern car.

But under the command of Abel Prieto we saw some dark times for the artists on this Island. Exiled authors and those critical of the government continued to be excluded from publishing and school curricula.

With the passage of time and despite the hair that continued to fall over his shoulders, Abel Prieto became the symbol of culture bowing down to power. A few days ago the national press announced he had been “released from his post” to retire and write literature. It is unlikely that the man who managed artistic creation as “a weapon of struggle in the Revolution” will find the the peace he needs to create fictional characters in novels very few will read.

Instead, he should make a final gesture of honesty and put down on paper all the concessions he had to make, all the blacklists he helped to draft.