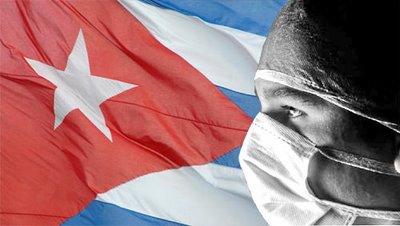 I reread the letter from the surgeons from the Havana “Calixto García” Hospital to Raúl Castro, which was published on 20 September by Cubaencuentro anonymous and undated. At the time of posting my previous post on October 1, I didn’t know that on September 28 another digital site, Cubainformación, had published what it says is the real letter–this time backed by the name of 62 surgeons of the hospital and dated August 15, 2011–in an article that also accused “international media and the so-called Cuban dissidence…” of manipulating the document. The next day, September 29, Cubaencuentro reviewed the indictment and published the full text referred by Cubainformación.

I do not think the letter made public by one of these sites differs too much in its essence from that published by the other. Some words here and there but the poverty, abuse, neglect and hopelessness they describe are unquestionable facts.

So, today I focus not on the presumed authenticity of one or other, but on fact slips into the background here, that this controversial and incredibly important document only comes to light after being published by Cubaencuentro, yet was sent to the highest leadership of the country over a year ago and this is where I ask: did these doctors received any response from the authorities and government policies to their just concerns?

Or perhaps it passed to the Internet because they never received a response to their letter? Did the authorities react with maturity and naturalness or with their usual arrogance? Do events like this finally make the Cuban authorities become aware of the imminent need to accommodate us with more respect or do they eternally perpetuate this laziness?

I hope that by this time this controversy bears good fruit. Hopefully this intolerance that has corroded life is not first and foremost any more since those who from shame have the nobility to speak aloud when others are silent out of fear. Hopefully no other Cuban will suffer what I had to suffer for saying for similar words, which I offer here as a reminder of what must change, but in continuing is the shame of our country.

…The worker subject to our Ministry has particular characteristics that must be kept in mind in order avoid falling into simplistic analysis… Whoever graduates and then betters himself, as an unavoidable human consequence, aspires to live decently from the fruit of his labor, but today our particular reality is quitepainful and different: we receive an evanescent salary that is exhausted at five or at the most 10 days, being then in the throes ofthe urgency of expenses of that kind of public charity, from the spontaneous gesture of the grateful patient who knows our imperious necessity. We speak of talented and dedicated professionals, of high human quality, working with threadbare gowns and his only pair of broken shoes, with many of his more elemental needs not covered, who has coexisted with this lamentable situation for more than a decade, burdened by shortages that would fill these pages and that we leave to the imagination.

While it’s true that some of our patients, who barely made it to the 6th Grade, earn no less than $300 Cuban pesos a month, selling candy or peanuts, others can earn that amount daily; it would be absurd to compare with the sector made up of the self-employed.

We then want to bring attention to the state sectors that interact around us, which would be valid to take as point of comparison. For example: A SEPSA custodianearns about $200 Cuban pesos a month, includingCUCs, food, and personal hygiene products. An ETECSA clerk, in similar terms, earns $ 1000 Cuban pesos a month.The MINFAR and MININT pay higher salaries than ours and for years, have been systematically implementing a policy of incentives.In all the above cases,the employee receives a uniform and a pair of shoes on a regular basis.

The list of better-paid jobs in the state sector would be a long one.So, I cannot find the answers to the following questions: If the official argument is the lack and unavailability of resources and funds, then what justifies the fact that the person who guards the door at the hospital earns three times more than a professor of Internal Medicine, who have been training doctors for decades, and even the director of the hospital, when National System of Public Health is an entity entirely subordinated to the State that centralizes such resources and funds.

Isn’t it totally absurd that a month of school pays off several times more and results more ’useful’to an individualthan 12 years of higher education? Does it make any sense that this society, which aspires to full equality, pays more back to a custodian thana neurosurgeon who is now saving lives?

What justifies the reality that an MGI specialist or a dentist or the last super-specialist of the Institute are unable to satisfy their basic needs, and when that’s not the case, they fulfill them at the expense of undertaking some other kind of work, but never from their salary as professionals?

Our workers are asked for an altruistic and selfless spirit and great human sensibility, capable of taking high doses of sacrifices, qualities that they certainly have. Unfortunately, in the chain of CUC stores, where the State sets the prices and sells products very expensively, and where many of the basic consumer goods end up being sold, the hard currency (CUC) we are charged with cannot be called sacrifice, altruism, or dignity (that would be truly touching), but simply CUC… Then, our professionals, left with no other choices, go into the street to face that other ’daily struggle’ to avoid prostituting themselves in their profession, selling under-the-counter “certificates of illness,” medicines, or receive some sort of perk.

It is such an overwhelming situation, which forces the individual to seek an alternative source of income, in many exotic and dissimilar ways that would leave one in awe: raising pigs, taking in ironing, selling pizza, ham or eggs, working as masons, carpenters, shoemakers, or simply renting the car that was awarded for participating in an international mission, for a fixed monthly price, so that they can afford to buy gasoline. And all of these activities share something in common: they are discouraging and time-consuming when placed in the balance with professional growth.They take people away from what should be their only worry: studying, which they should pay back byproviding exquisite attention to their patients, from a scientific point of view.

If today we are flying the flag of internationalism with medical missions in dozens of countries, it also thanks to the spirit of self-sacrifice of those of us who stayed in Cuba. Our workers have had to take onthe work of those who left in missions, and so a single doctor is responsible for the work previously performed by 3 or 4; there are even more dramatic cases, and on top of this, doctors try to deliver the same level of care to their patients while receiving in return the same pay, knowing that your internationalist colleague, certainly well deserved, earns several hundred dollars a month and after her/his return they will receive amonthly stipend, not negligible at all underthe present circumstances…

Under this situation, our staff had bigger expectations regarding monthly salary increases in June 2005, which resulted in true disappointment. A $48.00 Cuban pesos raise to the monthly salary of a doctor, under these circumstances, was less than symbolic.In the hallways of our hospitals and polyclinics, you could hear harsh words being said, charged with grief and resentment; insulting and offensive phrases, that we will not repeat here in the name of decency, were muttered all over the place.

Our Ministry has the moral obligation to offer a respectful response to its workers, given the extreme sensitivity of this issue. These are the same workers who, at the peak and during the saddest moments of the Special Period, remained working for $3.00 USD or less a month, holding high the honor of our work, and they deserve to know that their opinions are taken into account…

Everything that has been said here is completely true; it has been said in a measured and respectful way for a very simple reason: If justice is the supreme ideal of the Revolution, the current compensation received by our workerseven after decades of effort and dedication is neither fair nor proportionate, while other state sectors are paid several times more, the situation is not compatible with Marxist principles… ’one should get paid according to his work.’

… The problem itself is much more controversial and profound, and it will never besolved with palliative measures or timid salary increases. We can only humbly alert; those who have ears to hear, listen. Reality is much harsher than any words, and that one, even when it burns our hands, does not fit in any discourse.

There are thousands of workers… who are waiting for a response. We hope that it will be moderate and fair, well-thought and intelligent, and it will show no signs of clumsiness. The harshness of these times has not made us lose the tenderness inour hearts.We have faith in that decisions, consistent with the spirit of this Revolution for the humble, will be made, by the humble and for the humble.

P.S. Eleven months from the date when this letter was delivered at the headquarters of the Ministry of Public Health, both of us, its authors, were suspended from the practice of medicine for more than 5 years.