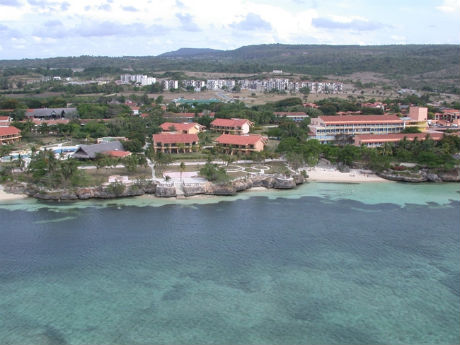 The recent ousting of the economic minister, Marino Murillo, seems to have proven the theory of the expiatory goat, that infinite night full of long knives aimed at all those who reside in power or who walk around anywhere near power.

Murillo was the face used by the Castro tyranny to expose its own version of massive lay-offs scheduled to take place this year. But they needed that: to explore, but if they could get no results from it, then to hell with the experiments. For now, his was the first head that has rolled after president Raul Castro himself publicly made it clear that the decree of “work force availability” (a euphemism for massive layoffs) should not be inflexible.

During the last few days of December 2010 he was congratulated with a week’s stay at the tourist resort of Gualdalavaca, located in the northern coast of Holguin province. This is a place which is forbidden to common and everyday mortals of this country, yet which is always accessible to ministers, generals and their families, and tourists.

But days before, Murillo had spoken before the cameras and microphones on national TV, asking for an adjustment on spending at the domestic level. He was asking people to tighten their belts as much as possible again, because another period of job rationing for 1 million Cubans had begun, and now one had to play the game with aptitude. However, as the saying goes, the drunkard thought one thing while the bartender thought another. Murillo was authorized to stay in a luxurious Gualdalavaca resort for a few days along with twenty relatives. In less than 48 hours, half of Holguin already knew how much had been spent on the hobbies of each of the relatives and friends of this economic Minister who was the successor of Carlos Lage. And of course, it was very shocking to see this man engage in such spending just a few days after telling the country to tighten their belts one more notch.

Since the Cuban press does not publish any reasons explaining why someone was laid off, everyday Cubans living in this area have to confirm for ourselves the information given to us by the hotel companies, which they claim they saw and heard. Before returning to Havana, the amount on the visitors’ check was extremely high, according to those who work there.

Others say that certain communists of high rank and responsibility who work in the hotel complained to the authorities in Havana about the high expenses of Murillo and his clan. However, they just received silence for an answer. The truth is that this reckless spending has only been matched by the actions of little Elian Gonzalez and his gang.

Now, we just have to wait and see what move will be made from his new position next to the General-cum-President, where according to a note, he will be advised on certain issues, including “economics”. This gives me to understand that as a minister he no longer has a head, but as an adviser he will have his two hands deep in the pocket of “Father State” and he will take out as much as he likes. And nothing will happen