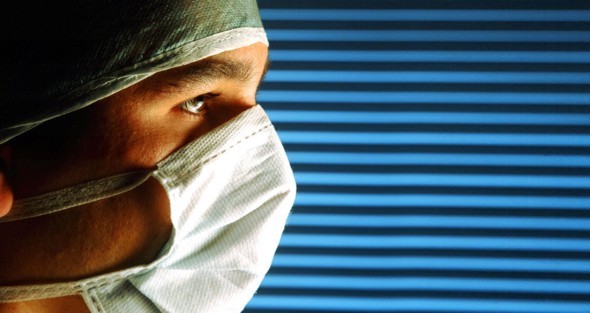 A little less than a year ago I lived for two weeks thinking I had cancer in my lymph nodes. In November, 2010, a team of pathologists at the “Carlos Manuel de Cespedes” Provincial Hospital in Bayamo signed a yellowish paper, prepared on a typewriter with a number of typing errors, telling me I had a Hodgkin lymphoma of the nodular sclerosis type.

The news was soon running like wildfire in a city of two hundred thousand people where my name, due to journalist-politician confrontations, had gained unfortunate notoriety.

Fifteen days later, another team of pathologists, these belonging to the “Hermanos Ameijeiras” Hospital in Havana, would make my mother let loose a flood of withheld tears,by telling us that opinion was nothing but a monstrous error.

The tests repeated in Havana on my lymph nodes showed an alteration (hyperplasia) which may have been the product of an ancient virus, which did not contain any sign of malignancy.

The diagnostics that would save me from the clutches of chemotherapy came after procedures as tortuous as a bone biopsy of the hip, a medullogram, and another nasal tissue biopsy (only practicable by introducing a kind of fine scissors in my nose to the larynx, and cutting a piece of tissue), from which I suffered for several days.

On returning to my eastern city, with another paper telling me that at age 26 I was not facing any cancer, never let me know what the five pathologist from Bayamo did or did not see when they determined that I had Hodgkin’s lymphoma.

That’s right: literature searches and dozens of questions to other physicians let me know that these kind of lymphoma cells have a clear structure, well-defined, classical, which make any confusion very difficult.

I will never assert that behind an opinion that destroyed the nerves of my family and my friends, was the dark and powerful hand of the State Security, as several of those close to me asserted, alarmed at the inconceivable error. It is not my specialty to found my opinions on subjective bases, without arguments in hand: that is the specialty of the slanderers.

However, now that after the incredibly sudden death of Laura Pollan some well-known Cuban dissidents (Elizardo Sanchez, Guillermo Fariñas, Jose Daniel Ferrer, among many others) have signed a declaration of refusal to be hospitalized for illness, I find it impossible not to recall my own experience.

The national tragedy reaches such extremes of justified paranoia: when apparatchiks of State intelligence have the power to expel students from the University, to decide who can and cannot travel outside the country, to block a person from purchasing food at a supermarket, or entering a public movie theater; when these apparatchiks are present even in the most anodyne and least important institutions of society, why not believe their interests would also prevail in a hospital?

This statement of the Cuban Democratic Alliance, saying that only in case of emergency surgery do they want to be transferred to a “hospital of the regime” (read: all Cuban hospitals), and only if a doctor they trust tells them so, I believe represents one of the most terrible statements that could be known for a long time: not even in the medical system do the disaffected feel they have full rights.

Not even in a quasi-sacred ground such as health care, where professionals swear the Hippocratic oath to defend the lives of their patients at all costs, an area that should not ever yield to pressures or influences of any kind, not even there can Cubans who oppose the government can feel safe.

Yoani Sanchez once told me how the emergency medical attention she received at a clinic in Havana, was reported later, in minute detail, by a reporter who aired a television report against her.

Just as I will never know how much was error and how much was intentional in a diagnosis that ripped away a large part of my youth, it’s likely we may never know to what extent two deadly viruses entered the body of Laura Pollan naturally, if she was already infected with them, and whether they were really the cause of death of the Lady in White. That’s one of the many consequences of the obscurantism with which everything moves at the official level in Cuba.

But we do know a hard truth: the values of a society are too riddled with rot if even the responsibility, the incorruptibility of medical ethics must be distrusted by those who disagree with government policy. With or without reason.