Click Here for Audio of Interview with Pedro Argüelles 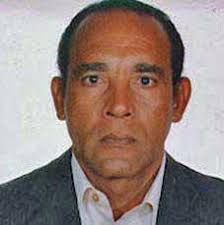 Yoani Sánchez: What is your current situation? Where are you and what have they told you?

Pedro Argüelles: I’m in the provincial prison of Canaletas in Ciego de Avila. And what I have been told is on Saturday, July 10, I went to the office of the head of the prison and there they put me through on the phone to talk to the Archbishop of Havana, Cardinal Jaime Ortega. He informed me that I was on the list of those who would leave for Spain if I would agree to go. I told him that no, I had no interest in leaving my country. He asked me about my wife as well, if she would have any interest. I said no. Well, he told me, he would report back and he said goodbye. That is all I have been told, they haven’t told me anything more, I’m here waiting for events and their development.

Yoani Sánchez: Pedro, do you think these releases will strengthen or weaken the dissident movement and independent journalism inside Cuba?

Pedro Argüelles: Well, look, whether or not it will affect the strength honestly I can’t say right now because I am here inside and I’ve been here seven and a half years, here in the prison. I know there are new groups, I know there are new people doing independent journalism, carrying on the civil struggle. I think it doesn’t weaken it because in any case there are new pines, as our apostle Jose Marti said, and well, since 1976 when the first cell of the Cuban Committee for Human Rights was created in the Combinado del Este prison, that was the first cell, and we could get to this point because there have been relays, reliefs, there have been people who have carried on, people who died, new people coming out into the public arena. So I think that, ultimately, here we fulfill the law that everyone has the right and the freedom to decide for their own person, my brothers who would like to go I have absolutely nothing against them, that is their sovereign decision, it is their freedom. I make use of the thoughts of Marti who said that the duty of a man is to be where he is most useful. I believe that here is where I am most useful, that this is my place to fight for the rights and freedom inherent in the dignity of the human person and this is where I want to be. I don’t want to be in any other place, here on the front line of combat facing the Castros’ totalitarian regime.

Yoani Sánchez: And what will Pedro Argüelles do once he is outside Canaletas prisons?

Pedro Argüelles: Continue what we started in mid-1992 when I joined the Cuban Committee for Human Rights here in Ciego de Avila and then in 1998 founded the Ciego de Avila Independent Journalists Cooperative. Continue to denounce human rights violations and continue with the independent press and civil struggle. In order to achieve what we have so longed for and suffered for, the transition to democracy in Cuba.

Yoani Sánchez: Well, Pedro, thank you very much and we really hope that your name is among the next to be freed. We wish so much to give you that embrace so long postponed.

Pedro Argüelles: Some day it will happen, and I too am longing to meet with all all these new pines that have arisen.