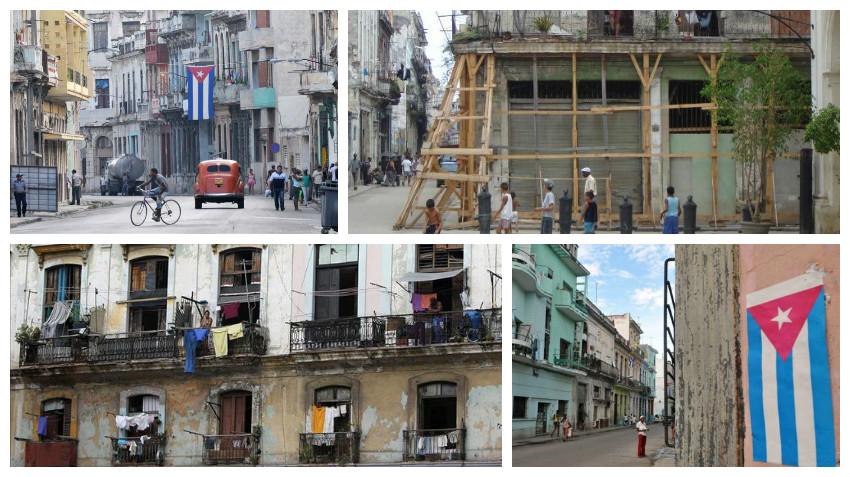 Absolute power equals absolute responsibility: the socio-economic situation of the country is disastrous, party & government admits it: Who will answer for that?

In the final days of this October, several references to the subject of housing appeared in the official Cuban media. Published first is that Pinar del Rio lacks more than ten thousand homes in order to fully recover from “prior hurricanes,” we are talking at a minimum of at least 10 years, and later, in the public version of a meeting of the council of ministers the “president” announced the proposal of building homes at a rate of 50 thousand per year. Let’s look at some background.

The universal right to decent and adequate housing is reflected in international and multilateral documents and agreements, as well as in the legislation of many countries, including national constitutions. Recognized in this manner, the human right to adequate housing — and its environment – is of fundamental importance for the enjoyment of all economic, social and cultural rights. Let’s look at the current situation in Cuba according to official sources.

The official newspaper Granma (January 25, 2018) reports that 47% of homes are inadequate, only exceeded in Latin America by Brazil (64%) and far higher than Argentina (22%) and Chile (23%). In addition, in the latter two countries, due to their climate, considering a home adequate implies many more requirements than in our sub-tropical archipelago.

The pace of construction has declined in the last twelve years, from more than 111,000 units in 2006 to fewer than 22,000 in 2017 (denying the claimed efficiency of the raulista term of office) according to the Cuban Statistical Yearbook (AEC), the smallest amount since statistics became available. Graphic view:

In summary, if the pace expected by Díaz-Canel is reached, it would take four years to replace the homes affected by hurricanes and then ten years to repair the “not adequate” ones, plus an indeterminate period for impacts from new hurricanes and the currently adequate homes that, due to the passage of time and the poor quality of construction of the last 60 years, will inevitably deteriorate.

Add to this that the projected Diaz-Canelian pace is 2-1/2 times greater than what was achieved in the last five years as an annual average, plus the aforementioned unpredictable destructions and deteriorations, and the hopes of decent housing for most Cubans is more than remote.

A problem without a solution? For sure, under the current mandate of the “five” and their dogmas that are only effective for maintaining power.

The liberalization of the economy, the creation of a real estate market with modern credit system included, and above all the restitution to millions of Cuban diaspora members of their civil, political and economic rights with the consequent financial injection would surely give better results — in this and any other socioeconomic spheres — than the diffuse Díaz-Canelian dreams, which are nothing more than a badly copied version of the thousands of similar promises made by the Castro brothers… and look where we are after sixty years of listening to them.