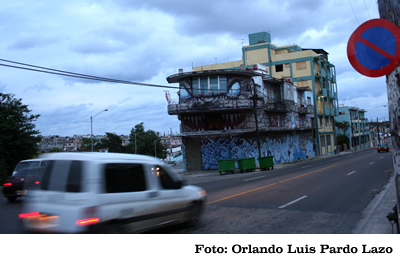 Jumping out of bed, there’s a loudspeaker roaring outside. I don’t understand what it’s saying, but I wash my face as if it were the last time. Maybe it’s the start of the war so often announced in recent days. My son sleeps late and I have the desire to wake him up and warn him, but I don’t understand the words coming from the loudspeaker and the truck has already moved away toward the avenue.

When are those who terrify us going to give an account of themselves? Those who have spent decades dangling the ghost of the cataclysm in front of our faces. It is very easy to forecast and call for war when you have a bunker, soldiers, a bullet-proof vest. To those heralds of the end, let them try being here, amid the buzzing of the loudspeaker and the child who opens his eyes and asks, frightened, “Mommy, what’s happening, why is there so much noise?”