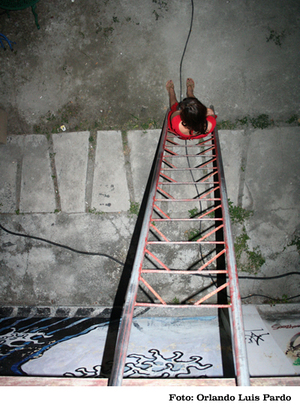 I happened to overhear a scrap of conversation between two nurses at a clinic near my home. “This coming week they will publish the list…” said one, while the other looked at her with alarm and answered something I didn’t manage to catch. A few yards further on a taxi driver, talking into his cell phone, said, “I was saved, there are a ton of drivers on the list, but not me.” The issue began to puzzle me. Although on this Island there are no shortages of lists and inventories — in some we are forced to appear and others they won’t even let us peek at — one of them is especially upsetting for my compatriots. I knew they were talking about the lists of those who will be unemployed, pages full of names of those workers who exceed the needs in each workplace.

About 25% of the current workforce could end up on the street after the layoffs already under way. Some employees have been advised a week before their company runs out of money to pay them, and they have been without any unemployment compensation to support themselves until they can find another job. Faced with the dilemma of staying home or working in agriculture or construction, the majority choose to dive into domestic life in the hopes of new opportunities. They figure they can work offering illegal manicures, or preparing food to order, and it might pay better dividends than bending their backs over a furrow or raising brick walls.

Today, the issue of layoffs is a worry shared by all Cubans, because at least one member of each family will be affected by the cuts. However, the official press only talks about the layoffs in Greece and Spain, telling us about the call for a general strike in Madrid or the collapse of the economy in Athens. In the meantime, popular rumors feed off the personal stories of those who have already appeared on the frightful lists. In workplaces employees crowd around the wall, running their index fingers over the lists expecting to come across their own names. No one can take to the streets to protest what has happened, nor will they appear on the TV that only mentions unemployment when it happens thousands of miles away.