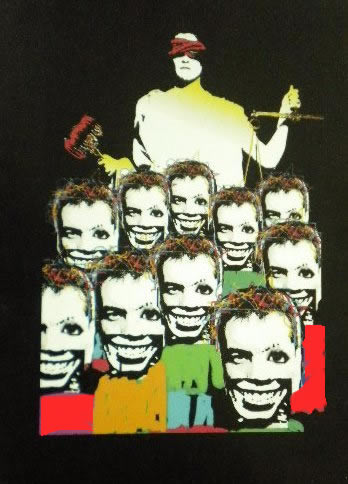 Members of the Rastafarian culture on our island are discriminated against by society and by the authorities. They are often linked to crime and deprivation. The Rasta Hector Riscart Mustelier, was arrested at dawn on November 16, 2011, as he left the National Cabaret, across from Central Park, after a performance of the musical group “Herencia” which he directs. The reason: an alleged crime of drug trafficking and resisting arrest. Possible punishment: 10 years in prison.

“The guards wanted to search me front of everyone. I asked them to handcuff and take me to the station. I am an artist and that is a violation of my honor,” said Hector, better known as ‘El Ñaño’. “A policeman was upset, he hit me and handcuffed me on the ground. My turban had fallen to the ground,” he said.

Law enforcement officers in Old Havana, participating in the arrest, acknowledged that the suspect that offered his identity card and then “in order to prevent the operation, he wriggled away, jerking his body. His turban covering his ‘dreadlocks’ (as Rastas wear their hair) came off, revealing two wrappers with 65 grams of marijuana,” according to the provisional findings of the Prosecutor, dated January 30, 2012.

The accusation relied on the statements of the policemen; according to them they had an undercover cop in the cabaret. However, Riscart said there were other interests that led to his arrest: “An officer of the National Drug Task Force identified as Yoandris, proposed that I work with him, I refused and he warned me that I was going to be sorry.”

Other “evidence” for the prosecution, is the detainee’s urine sample, the result confirms the consumption of marijuana — not punishable under Cuban law — but nothing proves the crime he’s charged with.

El Ñaño said his statement can be corroborated by the security cameras where he was arrested. “I demand the presentation of the film, which should be at the service of the citizens,” he said. But it is rumored that, coincidentally, the security cameras did not work that night. El Ñaño also reported that his lawyer was afraid to challenge the authorities.

The prosecution says the accused “was marketing the addictive substance inside the cabaret” but no money has been seized as a result of the apparent business. Neither did they find any drugs in a raid on his home. The prosecutor also said that the accused meets many drug traffickers, but omitted their names and as well as why these so-called “capos” are not in prison.

The trial, held behind closed doors despite being a criminal offense not classified as closed to the public, was concluded on Friday April 13 at the Diez de Octobre Municipal Court rather than the Provincial Court of Havana, although this offense is its jurisdiction. It is expected that there is no new arbitrariness in the application of the law.