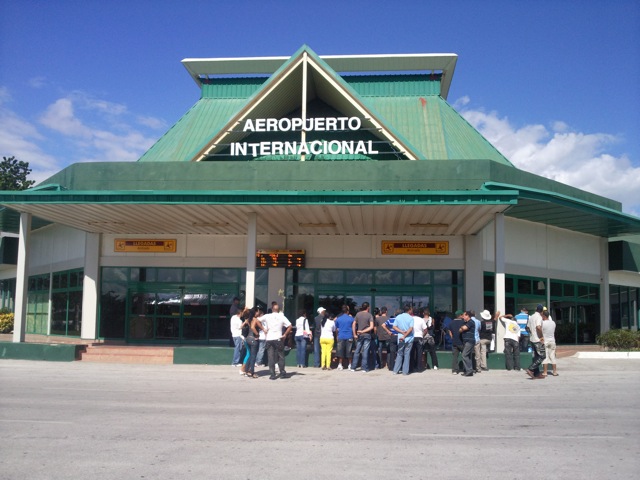 Just less than eight years ago, in April of 2003, one of the most notable intellectuals of the Latin American left, Eduardo Galeano, published what he called, “Cuba Hurts,” about the wave of repression unleashed against dissidents, and in particular about the execution of three young men desperate to escape their own country.

It is impossible to synthesize in one short sentence such a symbolic and emotional charge.

To say that Cuba hurts, is to summarize in just two words a whole set of generally imprecise, ethereal sensations experienced by everyone who sees the reality of this narrow country not as something distant, like a Jurassic phenomenon that floats in the middle of the Caribbean, but rather as something very close to them. Or as themselves.

And today I have dusted off Galeano’s grim phrase because Cuba, again and again, hurts us. This journalist who until very recently lived there. And the news that comes to me from there sometimes arouses anger and sometimes laughter; at times it’s hilarious, or outrageous. But almost always, invariably, with maniacal precision, it ends in pain.

This time it comes in the form of an Official Declaration, and has the signature of the Ministry of Foreign Affairs. They chose not to cross their arms and their hold their tongues, but came out shields in hand to defend the principles and precepts of the glorious Party, the ecumenical Revolution.

What is it now, the wrong they will right, the mess they will clean up? What is it this time, my friends? Well, very simple: It’s the pronouncement of Cuban diplomacy, with respect to the new measures just taken by the American government with regards to the Island.

Has anyone noticed the most-repeated term in these three new measures? Authorize, Allow. The three offer new opportunities in different aspects; the three lift restrictions and prohibitions; the three are undeniably positive, although yes, it’s true, they are insufficient — seen through certain lenses — but they are undeniably larger and more satisfactory than all the measures taken by the government of the Island in its relations with the United States.

Ah, but no: Do not, ever, give an inch. This is not about recognizing positive things that come from Washington. Why? Can someone help me out here? Because it would disassemble the pyramid of lies on which the national and international policy of my country is built.

To say to Cubans, without snickering, that Americans only lifted the harmful barriers for people in the arts and sciences — thinking Americans — to visit their colleagues on the Island, was to move to the ideological ground of those who are indoctrinated to think of the gringos as the cause of every kind of tension in our land. Ergo, you would have to add the ominous tagline:

[The implementation of these new measures] “is an expression of the acknowledgment of the failure of U.S. policies against Cuba and a search for new paths to manage their historic objectives of dominating our people.”

“Though the measures are positive, they are far from satisfying the just demands, have a very limited reach and fail to modify anti-Cuba policies.”

To those who don’t understand why the triumph of Barack Obama lifted the veil of so many of the Castro-supporting politicians of my Island, to those who still refuse to lift a fossilized and ineffective embargo, there you have it: Barely a handful of timid, nearly-insignificant measures have put Cuban diplomacy on the defensive, stewing in its own sauce, while Uncle Sam gives no signals of goodwill.

When this happens, when the Unites States boasts of easing relations, they have to worry. And fight. They must be twitching, getting hives. No matter what it is: “If they ease travel restrictions for Americans we’ll scream about the blockade; if they lift the blockade we’ll scream about freedom for the Five Heroes; if they return the Five we’ll demand the return of Guantanamo Base; if they give us back the base… we’ll think of something.”

But there is one aspect these diligent strategists don’t take into account: our intelligence. The common sense of Cubans, on and off the Island — and it’s clear we haven’t been lobotomized — tells us, “Fine, it’s abundantly clear who wants to ease frictions and who wants to sustain them, no?”

Still, I have to admit, it’s not enough to coldly digest this Official Statement with ordinary patience. I declare myself incapable of it. I try to think in the spirit of Tibetans, who don’t read the newspaper Granma, and wonder if they have better methods of self-control. And I end up envying them.

But Cuba doesn’t only hurt, it also is humiliated. And it should be humiliating to every thinking, fair, honest human being who reads sentences like these from my belligerent country:

“The measures only benefit certain categories of Americans and do not restore the right to travel to Cuba to all American citizens, who continue to be the only people in the world who cannot visit our country freely.” 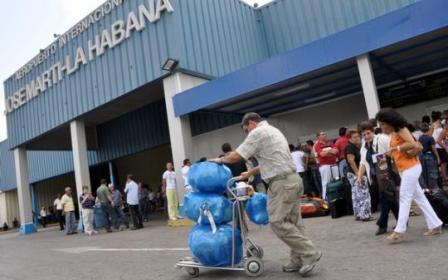 It requires an inordinate impudence to defend the right of Americans, of all Americans, to travel freely to the Island, while saying nothing about the hundreds of thousands of Cubans who, thanks to the owners of our land, cannot return to Cuba.

There they are, those who have never blown up an airplane, or even introduced a flue virus. There they are, those who have never lifted a finger to assassinate, to threaten lives, who have never put their dirty money in Swiss bank accounts. And they cannot return to their homeland, because the same government that throws out tearful words in support of the poor, burdened Americans who would do anything in their power to visit Cuba if they weren’t prevented by the Evil Empire, this same government will not let its own people return.

Scattered to the ends of the earth, Cubans walk like zombies, numbed by nostalgia. They die, like Cabrera Infante and Jesús Díaz, tormented by a melancholy they can never conquer. They live, accommodating themselves to exile that some didn’t even choose, like the novelist Amir Valle, who they sent off to Berlin, raising the drawbridge behind him so he could never again enter the castle.

The same drawbridge that was lifted, also, behind the salsa bandleader Manolín, behind the TV personality Carlos Otero, after countless names, public and unknown, and that — hopefully I am wrong — they may also have lifted behind me.

And now, Cuba supports the legitimate right for Americans to step foot on the Island. There are moments when words fail me. And the impotence I feel on my lips is worse than the arsenic of Madame Bovary.

So every day I am less tolerant of the “friends of Cuba,” the dear foreigners with pink cheeks, to whom, months ago, I dedicated the post, The True Home of All. Those who spend their magical vacations on the sunny streets of Havana and never tire of saying, to Cubans, that we live in the best country in the world.

And so every day I can justify less those who, from a presumed intellectual fairness, approve with their speeches, or their silences, what happened today on a small island owned by a few, so few. This is not the time to shut up, dear intellectuals, dear think tanks of the middle world:

“There are times, in life, in which those who are silent become guilty, and to speak out is an obligation. A civil duty, a moral challenge, an unmistakable imperative from which one may not excuse himself.”

So said an Italian whose name, so sublime, so worthy, I intend to give to the daughter I want to have in the future. So said Oriana Fallaci when, after September 11, she could no longer sustain her silence.

And if, after eight years since the talented — and yet inconsistent — Eduardo Galeano wrote his cathartic text, Cuba still hurts; it’s because it excludes and censors, because it represses and silences. If Cuba still hurts because it violates the rights of us, its children, and yet defends the rights of foreigners to stand on our blessed soil, then may the docile be shamed alongside the guilty, the silent next to those responsible, and remember that History — contrary to what many think — rarely absolves anyone*.

Translator’s note: “History… rarely absolves anyone” is a reference to Fidel Castro’s famous closing statement at his trial for the 1953 attack on the Moncada Barracks, “History will absolve me.”