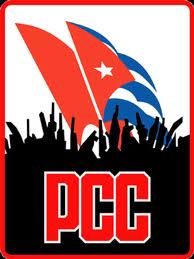 It is seven in the morning and a crowd is waiting in front of the neighborhood’s only newsstand. They aren’t there for Granma, an example of a newspaper with few pages and less news, but rather for a booklet with the guidelines of the Sixth Cuban Communist (PCC) Congress to be held next April.

After thirteen years without a meeting of “the highest leading force of society and the State,” the next conclave has finally been announced. The last time they met was in 1997, when Fidel Castro — still, today, the Party’s first secretary — could improvise long speeches, turning the discussions into one endless monologue.

Rice and Russian Meat
For me, born in 1975, the year of the first PCC Congress, these every-five-year meetings have marked different stages in my life. I especially remember the 1986 congress that led to the “rectification of errors and negative tendencies,” putting an end to the free farmers’ markets and leaving on our tables a monotonous menu of rice with canned meat from the USSR. When the Fourth Congress came around in 1991, the highpoint was the relaxation that allowed religious believers to join the party, although the percentage of believers who joined was not nearly as high as the number of existing members who dropped the mask of atheism and confessed that they had another faith, in addition to Marxism-Leninism.

The years labeled by the regime “a special period in a time of peace,” with all the material shortages we suffered after the collapse of the Soviet Union, forced us to wait until 1997 to see the “organized vanguard of the Cuban nation” meet for the fifth time. That time the great event concluded with the creation of a document entitled, “For Democracy and in the Defense of Human Rights,” which attempted to be a substitute for an actual program. A great irony in a country that one cannot leave without permission, and where even today free association is punished and free expression is a painful illusion.

Chavez’s Island
Just when we thought the only party allowed might never meet again, the Sixth Congress was announced. There were even those who speculated that the nation was returning to the years between 1959 and 1975 when there was no attempt to hide that the government consisted of the will of one man; that the economic projects, policy initiatives, and social programs all issued from a single head, under an olive-green cap and sporting a wispy beard.

But during the last visit of Hugo Chavez to Cuba, amid the official commemoration of ten years of economic trade — though subsidy would be a better word — between Caracas and Havana, Raul Castro took the microphone and advised the Communists they would be meeting again. He announced it without any fuss, any details, no comment about who decided this was the occasion to announce something so long delayed. He did say that the party convention would address only the economy, and mentioned that a national PCC conference would also be held, throughout 2011.

Without Freedom
On reading the 291 points of the Political, Economic and Social Guidelines for the VI Congress, various omissions jump out at one. There is not a single mention of openings in the area of civil rights, nor of loosening the rigid political structure that holds us in its grip.

Nor is there any mention of eliminating the absurd restrictions on travel that prevent Cubans from freely entering and leaving our own country, much less the ability to form parties other than the one with the hammer and sickle, nor of a chance to vote in direct elections for the president.

The brochure only discusses issues of finance and productivity; civic conquests will have to wait or happen in parallel with the rigid framework of this document.

Expected Changes
If you set aside the rhetoric and certain triumphalist approaches, the platform of the coming congress includes some interesting proposals. It reinforces, for example, self-management of businesses, the self-employment initiative, and even talks about creating a wholesale market for independent workers.

There is talk of a willingness “to apply flexible formulas for the exchange, purchase, sale and rental of housing,” which would open the door to a housing market currently prohibited on the Island. The authorities have refused, all these years, to take this step, fearing that in a short time people would redistribute themselves, revealing the true social inequities that run through our society.

Although many of the economic proposals raised in this document head in the desired direction — of reform and opening — the fact is that neither the depth nor the speed at which these adjustments might be made is likely to calm the frustration of most Cubans.

Fidel Re-elected?
The most heated issue of this party meeting seems to be the possible re-election of Fidel Castro as the eternal leader of the Cuban Communist Party, or his replacement by another figure, undoubtedly his younger brother who has already inherited the leadership of the nation. The expectations around this decision, however, were cut short by the announcement of a national conference — in parallel with the congress — where internal organizational issues will be discussed.

A date for this has not yet been set, but the planned conference removes all political decisions from the PCC Congress. Such that the real congress will not be the one that occurs in the spring of this coming year, but another, we don’t yet know when or where. What we do know is that there is no doubt that it will mark my life — our lives — with the same stubbornness and blindness of every other Party meeting since the year of my birth.

This article originally appeared in the Peruvian newspaper, El Comercio.