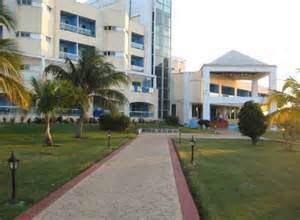 A friend recently invited me to enjoy such a package at the Hotel Palma Real located on the Matanzas pole of Varadero. Being that this is a “four star” establishment, my expectations of being treated “as a person” rose exponentially. END_OF_DOCUMENT_TOKEN_TO_BE_REPLACED

Cubanet, Ignacio Gonzalez and Osmel Almaguer, Havana, 13 May 2015 – A Mass for the deceased Oswaldo Payá Sardiñas, opposition leader, and Harold Cepero, activist, was held this afternoon at the Church of Los Pasionistas in Havana, with Rosa María Payá in attendance. Rosa María, daughter of the Cuban human rights activist and recipient of the European Union’s Andrei Sakharov Prize for Freedom of Thought, arrived from the Miami Airport to Cuba on the morning of May 11, to reunite with her family and friends and to honor the memory of her father.

The Mass was attended by activists of the Estado de Sats project, Antonio Rodiles and Ailer González, and by Manuel Cuesta Morua, leader of Progressive Arc, among others.

Cubanet, Ignacio González and Osmel Almaguer, Havana, 11 May 2015 — Rosa María Payá, daughter of the late fighter for human rights in Cuba, Oswaldo Paya, arrived in Havana on Monday morning, from the Miami airport, in order to reunite with family and friends and to honor the memory of the father.

The daughter of the important fighter, who traveled to her homeland in the company of other activists, commented on the military presence in the “José Martí” National Airport, which is, according to his fellow passengers, an anomaly.

She also said she does not know the length of her stay and must take care of some legal paperwork before her return.

“I come to my country because that is my right as it is the right of all Cubans, whether or not it is recognized in the law. I think we have a unique opportunity as Cubans to work for our welfare, taking the risks to work to win our rights,” she said. END_OF_DOCUMENT_TOKEN_TO_BE_REPLACED

Rosa Maria kindly agreed to answer some questions for this team of reporters, and thanked those who support her cause, and the importance of the legacy of her father:

Oswaldo Paya was one of the founders of the Christian Liberation Movement, created in 1988 with the aim of fighting for the human and civil rights of Cubans. He is known worldwide for his intention to run for deputy to the National Assembly of People’s Power, and in 1997 achieved hundreds of signatures supporting his candidacy.

He also co-founded the Varela Project in 1998, which pursued collecting over 10,000 signatures to present to the government asking for for changes in legislation through a national referendum. For this work, he received the prestigious Andrei Sakharov Prize for Human Rights from the European Parliament in 2002.

His death took place in dubious circumstances and there is currently an ongoing investigation, pushed by Rosa Maria, to confirm suspicions about the possible involvement of State Security in his death.

The video accompanying this article is in Spanish: