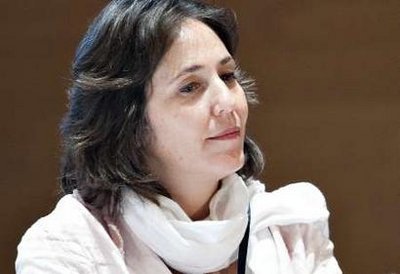 The eternal dilemma, to be or not to be, is the capital crossroad that became evident in the life of every Cuban since the 26th of July 1953. This date initiated the stage of struggle that placed into tension the Cuban society of that moment. The verticality that that generation imposed on the enterprise was conducive to the victory of 1959, gave culmination to an exploit that was supported by the majority of sectors of Cuban society of the time. The Revolution triumphed amidst absolute popular jubilation, with the unconditional support of more than 90% of the population. A contribution to this was the discontent engendered by the deep social and political crisis into which Fulgencio Batista and his horde of assassins and corrupts sank the country after their taking of power with the military coup of March of 1952. This, along with the tradition of struggle that spanned the first half of the last century, created the conditions for the overthrow of that dictatorship.

After the triumph, the official discourse, gradually more and more radical, led to, among other consequences, what I would call the great error of the Cuban Revolution: The “revolutionary offensive” of 1968 by which the government of Fidel Castro “intervened” – that is to say, confiscated – all the small enterprises and family businesses, all the way down to the shoe shine stands. This definitively deprived the political Leadership of the country of the support of that not insignificant sector of the population; but this is a matter that is more complex and merits its own post.

Precisely because of the traumatic nature of the history that occurred, I have always been grabbed by incredulity when I hear a Cuban of today expressing that he has no political opinions, as if this was possible in a society as polarized as ours, where there is practically nobody that doesn’t have a relative, a friend, or an acquaintance, that lost their small business, launched himself to the sea looking to escape, or suffered somehow from the lack of civil guarantees. I am of the opinion that the same gregarious and thinking nature of man, imposes on him having a perspective on our social issues, all according to his intellect, his cultural baggage and the degree of information he possesses. That this individual does not dare assume an active militancy or frontal critique, that is a matter for a different discussion, but it is almost always subject to its own judgement.

There will always be the estranged, those who sway to the flux of circumstances like kelp in the bottom of the ocean. In this bundle belong both the fanaticism of the communist militant, who refuses to accept evidence in front of his nose, as well as the “high religiosity” of the believer, that prevents him from involving himself in any matter related to “worldly things” since it contaminates his pure hands. To this we have to add those opportunists who know that by opening their mouths they would lose their slice of the pie, or those who simply see with indifference how this country declines, without moving a muscle unless it is to protect their pocketbooks or to look at the shine of their acrylics. All of them, nonetheless, protest in the intimacy of their kitchens, before the empty pots, or before the thousand faces that reflect misery, but are incapable of expressing themselves publicly, either from indolence or pure cowardice.

At this point, we enter the topic of this dual morality that sinks more than one Cuban up to his neck in manure. In this manner, those who question a physician for talking with sincerity about his honestly earned salary, can be the same ones who embezzle the finances of a state enterprise, or mishandle the people’s resources by appropriating merchandise from a store. In fact, a considerable part of administrators, at all levels of organization, are active Communist militants, and for this, everywhere that a corruption scandal erupts, there is always a “combative” nucleus of the Party and a Union that never saw the corrupts coming, but – such a paradox! – are scandalized if 300 workers sign a document and deliver it to their Ministry. But all those who embezzle, steal or mishandle, can be seen later waving flags and voicing slogans in the parades around the Plaza.

Thus, between the utopia of dreams and the disenchantment of reality, between the to be and the not to be, we see how the promise of the “New Man” dissipates. Maybe it is because this man – not Cuban, not Anglo-Saxon, not Communist or Christian, but a man sui generis – is still not ready to be emancipated from his egotism, to extend his hand in exchange for nothing except the joy of serving. Some day this spiritual hatching will come and this excellent creature, child of man and God, will be reborn, but in the meantime, we have to remember, with each step, the solemn declaration of our Martí, farsighted and sublime, when he said “… a nation is made from men as they are, not as they should be”.