The Contradictions of Cuba’s Foreign Minister

By Haroldo Dilla Alfonso. A translation by The Havana Times, of an article originally appearing in Cubaencuentro.

The United Nations has once again gone through the motions of condemning the blockade/embargo imposed on Cuba by the United States.  Though this gesture is very ineffective, I am happy it was repeated, for the blockade/embargo has increasingly become a stumbling block devoid of any evident advantages for anyone.

In addition to being an interventionist measure, the embargo has helped create an exceptional situation which the Cuban government has known how to use to its advantage, polarizing the island’s internal political landscape and manipulating national and international public opinion.

It is the latter I want to focus my analysis on, taking as my point of departure a number of the rhetorical maneuvers from Cuba’s Foreign Minister Bruno Rodriguez during his publicized speech before the UN General Assembly. I particularly wish to focus on the way in which Rodriguez has relied on euphemisms to give simple economic necessity a humanistic spin.

Ultimately, this leads his arguments to a kind of political dead end, evident in his remarks that describe the blockade as an act of “ignorance”, in a section of his speech which deserves a special place in the history of Cuba’s political schizophrenia.

Rodriguez says: “The blockade is an act of ignorance that prevents the free movement of people, the flow of information, the exchange of ideas and the development of cultural, sport and scientific links between our countries.”

What the stiff Cuban foreign minister means with this, in truth, is that the blockade denies Cuba tourism. Though one can reasonably expect that tourism will lead to the exchange of information and ideas between people, this is precisely the part of the whole affair that terrifies Cuban leaders, for whom the best possible international tourism would be of the kind that takes place at isolated keys, which are as close to paradise as they are distant from the reality of common Cubans.

At most, the Cuban leadership would approve of gringos and Cubans exchanging ideas about the best way to cook fried plantains, the amount of mint one should use to prepare a mojito or the advantages of oyster cocktails over Viagra pills, but not much beyond this.

But, since the blockade/embargo is framed as a humanistic issue, the discourse surrounding it cannot be besmirched with materialistic considerations. This is why Foreign Minister Rodriguez takes globalization at its word and speaks of human rights, the exchange of ideas and the flow of information.

He even bemoans the curtailment of the constitutional rights of US citizens, who are denied the right to travel to Cuba. No matter how hard Rodriguez tries to resemble Thomas Paine, however, we all know he is merely a shopkeeper, and that, behind his spiel hides Cuba’s interest in selling daiquiris, traditional summer shirts and multi-colored maracas to gringos.

Rodriguez’ efforts at sounding convincing stand a chance only within a closed circle of drowsy diplomats. His speech is divested of all sincerity from the start by the very nature of the speaker, the Cuban government, by its authoritarian character and the way in which it manipulates the rights of its quasi-citizens.

His rhetorical euphemisms turn into contradictions as soon as they are voiced, and these contradictions become sheer hypocrisy, for Bruno is one creature on the face of this earth who has no right to invoke the curtailment of rights by others, and this because he represents a State that denies Cubans the possibility of exercising such rights.

First of all, the Cuban government restricts the rights of its citizens to travel freely within Cuba. The internal movements of the population continue to be governed by a medieval decree law.

This government also denies Cuban émigrés the right to freely visit and travel around the country, a right that would be totally in keeping with a society that is already clearly transnational and relies on this condition to a considerable extent.

The recent migratory reform did not establish citizen rights. It only made travel legislation more permissive, leaving intact the mechanisms that maintain Cuban émigrés in their condition of exiles who are denied full rights.

Foreign Minister Rodriguez also represents a State that restricts the flow of information by denying the immense majority of its population access to the Internet (to blame this situation on the blockade is a bare-faced lie) and by maintaining strict control over the printed publications to which Cubans have access.

Numerous books, some of them written by Cuban authors whose intellectual merit has earned them international recognition, are kept on inaccessible shelves at Cuba’s National Library, and I know of cases in which whole series of works have been turned into pulp because of their ideological content.

Hundreds of works, containing the very best of intellectual production from around the world, remain out of the reach of Cubans simply because these books are published outside of Cuba, where, by contrast, all of the ideological pamphlets regurgitated by the regime’s followers are enthusiastically published.

Finally, Rodriguez is a member of a political class that curtails and represses all exchanges of ideas which take place outside the government’s restricted premises and the interesting but extremely short-lived spaces for authorized critique.

An intense production of ideas of the most varied nature is taking place within Cuba – the island and the diaspora of our transnational society, that is – and these ideas cannot be circulated or exchanged on the island.

To return to my previous comments, before aiming to have US tourists exchange small talk with a local waitress, I believe it would be far more productive to have a world-renown expert on social security issues (such as Carmelo Mesa Lago) converse with Cuban officials and share his ideas about the future of Cuba’s system.

Or to allow Pedro Campos to address the whole of Cuban society, so that he may explain his ideas regarding democratic socialism; or to grant this right to Siro del Castillo, so that he may speak of Christian Democratic values and their significance for Cuban society; or have a sociologist as knowledgeable about the intricacies of Latin American social development as Francisco Leon give a lecture at the university; or allow Yoani Sanchez to do the same in connection with the use of social networks and their importance to democracy, and Cuesta Morua on the many issues which he addresses so positively, among many others. Not because they are the opposition and critical of the government, but because they are Cuban intellectuals.

That this should not happen has evidently nothing to do with the blockade/embargo, but with the existence of the authoritarian and exclusivist political regime that Bruno Rodriguez represents – a government that, day after day, and against the best interests of the nation, conspires, and I quote, “against the free movement of individuals, the flow of information and the exchange of ideas.”

Translated by The Havana Times

HAVANA TIMES —The announcement that the Cuban government plans to eliminate Cuba’s two-currency monetary system has awakened numerous concerns among common citizens and analysts. This was to be expected, for, even if we assume the simplest and most vulgar point of view on Cuban reality, it is clear that this is a serious issue that is going to change many of the rules of the game on the island’s playing field.

We should not imagine that the world is going to change after the two peso currencies are fused into one, but neither should we underestimate the significance of the measure.

I think that one of the most interesting things we find in the First Report of the Cuban Civil Society Consulting Group recently published by Cubaencuentro – I haven’t been able to find out who these people are – is the statement that some believe Cuban society is changing for the better and others for the worse. Ignoring such changes condemns us to idly imagine a society which is disappearing more and more every day.

The two-currency system was an emergency measure implemented by Cuba’s political class during the worst moments of the stifling economic crisis it brought about. It was also a monetary scheme suited to the economic system Fidel Castro then envisaged: a dual economy with a dollarized, dynamic sector, and a weak, Cuban-peso sector sustained by infusions from the first via payment balances.

It was the system that the military conspired against with its company streamlining campaign throughout the 90s and what former vice-president Carlos Lage promoted with unbridled Fidelista fervor until his political decapitation some years back.

The two-currency system has been maintained, and not without reason. Future studies will reveal to what extent the existence of the two currencies and parallel economies, and the diffuse border between the two which always provided those who crossed it with differential profits, has been a key factor in the original accumulation of Cuba’s emerging bourgeoisie, a class which today is nestled in the folds of the country’s political elite, the black market and foreign investment.

Currently, however, the two-currency system proves unworkable in terms of affording Cuba the quota of technical rationality and transparency its system requires.

READ THE REMAINDER OF THIS ARTICLE HERE, IN THE HAVANA TIMES.

The Havana Times translation is from the original article in Cubaencuentro. 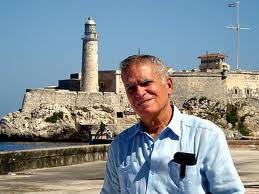 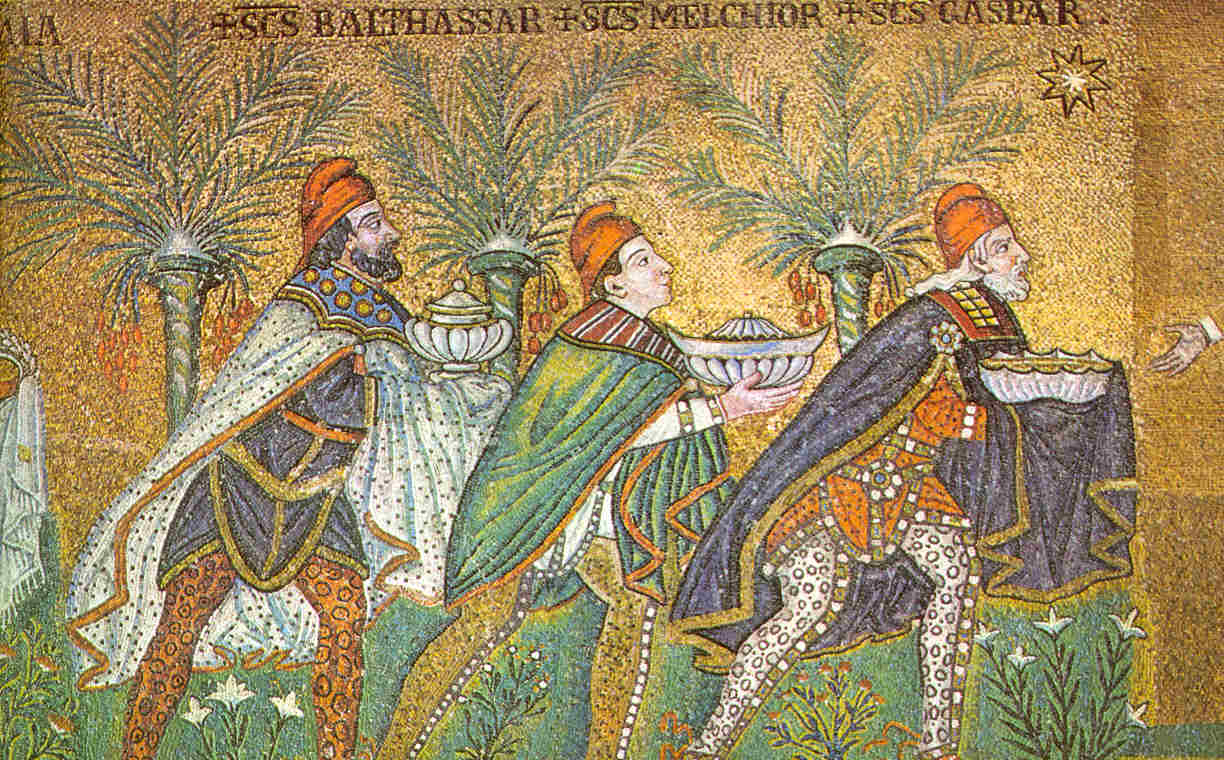