Some 18 thousand Cuban doctors in Venezuela earn the government 4 billion dollars. And what about the oil?

HAVANA, Cuba – The Cuban regime is on tenterhooks about the situation in Venezuela, whose economic support, primarily through payment for medical services and the supply of oil is very advantageous.

Currently there are about 18,000 doctors from the Island in Venezuela, whose earnings bring the Cuban state at least 4 billion dollars.

At the recent closing session of the 20th Congress of the Cuban Workers Confederation, Raul Castro said that, “… the main income of the country right now comes from the thousands of doctors working abroad,” but he should have referenced not the work of these people but their exploitation by the regime.

Of the 82,065 doctors reported by the National Statistics Office at the end of 2012, Minister of Health Robert Morales said that as of two months ago, 56,600 were working outside the country.

This explains why the goods and services balance is a positive 1.265 billion dollars, while exports were down, mainly in nickel, sugar and oil, which in the latter case has become an export thanks to the resale of the Venezuelan oil on the international market. END_OF_DOCUMENT_TOKEN_TO_BE_REPLACED

In the tourism sector, whose gross income is currently in the range of 2.7 billion dollars, the national income is only about 65% because more than 900 million dollars in imports goes to supporting the activity. Net revenues are also affected by the quality and flow of visitors, which although the number of tourists are increasing, they are spending less.

The financial situation has already worsened in 2014, with the expected fall in export prices of sugar and nickel, so that a worsening of the situation in Venezuela, with any decrease in the oil shipments and payments for services, would be catastrophic for the regime.

The general president, in his last speech, gave forthwith unforgivable gibberish when he confessed, “… wages don’t meet all the needs of the worker and his family, which generates demotivation and apathy toward work…” However, he also said it would be “… irresponsible and have counterproductive effects to give across the board increases in wages… which could cause an inflationary spiral in prices, if not appropriately backed by a sufficient increase in the offerings of goods and services.”

Did he not know what he was saying, or did he, perhaps, think to get the workers, demotivated by their low wages, to produce more? A Workers Congress like ours is just a caricature if they could listen so passively to such arguments.

No wonder that Castro is very worried about the worsening crisis looming over Cuba and that on this occasion he dedicated a long tirade, published in bold type in the official press, about the recent events in Venezuela. In addition, he stressed his full support for Chavism and Nicolás Maduro, and attitude that could have high reaching consequences if, as is likely, Maduro and his followers fail to weather the storm.

Indeed, such declarations are frankly interventionist and contradict the statement of the Second Summit of CELAC , where the principle of non-intervention in the internal affairs of States is proclaimed. 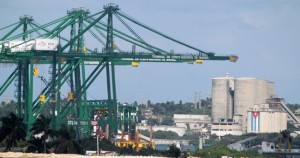 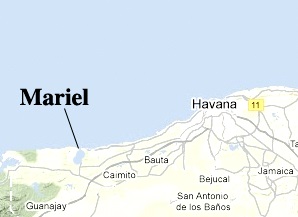 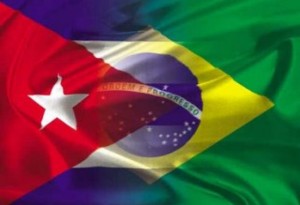