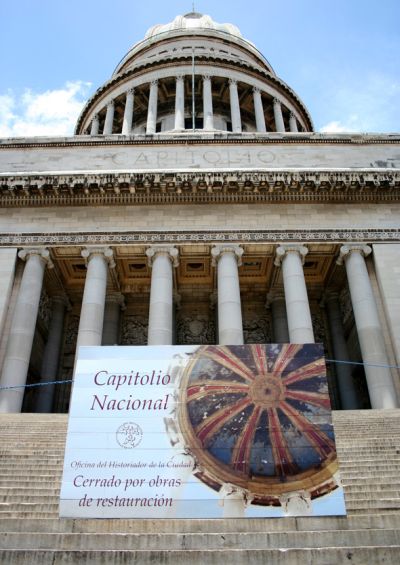 I managed to sneak into the stairway when the workers went to the dining room to scarf down their lunch. It was the summer of 1992 and the temptation to climb to the cupola of the Capitol was stronger than the “keep out” warning written in red letters. Up above, the cobwebs the structural shoring, and the openings in the molding, alternated with objects covered in dust. From the height I looked down, where a shiny dome marks kilometer zero of the national highway.

Havana’s Capitol has been humiliated by its past, punished for seeming too much like Washington’s and embarrassed for having sheltered — once — the congress. Like a symbol of that republic demonized by the official propaganda, the imposing building has suffered the fate of the castigated. The Academy of Sciences established itself there, filling its spacious interior with partitions, and an ancient museum of stuffed animals located just below the chamber. Several bat colonies camped inside, spraying the walls with their feces and making holes is the decorative embellishments. The nooks and crannies of the facade became the most popular urinal in a several bloc radius.

A few years ago word got around that an Italian millionaire had donated a set of lights for this architectural gem. But by bit the light bulbs burned out and the colossus of stone and marble once again went dark. To the surprise of those who already took for a condemned site, billboards have recently been erected around it announcing the restoration of the majestic building. Hopefully the repairs won’t take longer than the brief years of its construction, and the Capitol will become — one day — the site of the Cuban parliament: a magnificent building that houses real debates. 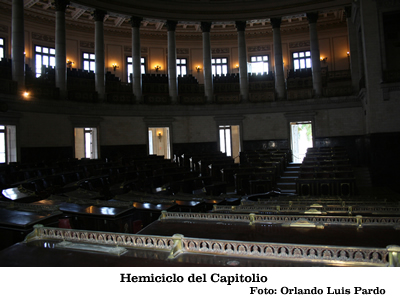 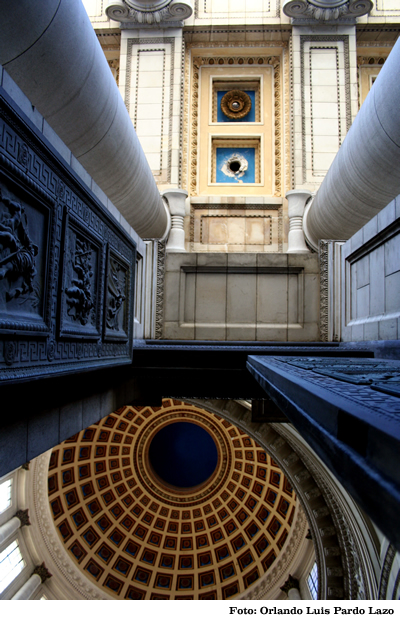