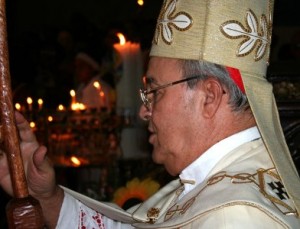 The talks between the Cuban government and the highest Catholic leadership on the Island, which started last May and led to the gradual release of all the political prisoners from the Black Spring, have not only occupied the attention of the foreign press, but have also generated a great deal of debate among different sectors of the opposition and independent civil society within Cuba, many of whose leaders are offended by their exclusion from this process.

I don’t think it necessary to enunciate here what we know, the important role played by all elements that has led to such a positive outcome as the release of these Cubans, victims of totalitarianism since 2003. The tenacious and peaceful struggle of the Ladies in White over the long seven years was a persistent drop of water eating away at the rock; the death of Zapata Tamayo, a warning bell that the climax had been reached; the altruism and dignity of Guillermo Fariñas with his hunger strike, the coup de grace. Without these three pillars, nothing would have been possible. But, objectively, other facts are no less important, among them, the severe economic and social crisis of the regime, its loss of credit both within the Island as well as in its image in the world, international pressure, the suffocating external debt, the reduction or absence of foreign investors, the rupture in absolute control of information thanks to the use of new communication technologies (despite the well-known limits of their application under conditions in Cuba), and the discrete increase in the independent sectors within society which have been exerting a constant force to open critical spaces and move the spectrum of opinions on the most diverse subjects, from within Cuba itself. All this, without even taking into account the long history of dissident resistance, of different tones and points of view, over the whole of the 51 years.

Just a few years ago, the regime would not have agreed under any circumstances to hold a dialog — not with the Catholic Church, nor with any other social actor in Cuba — must less regarding the release of those whom they had systematically demonized as “enemies,” mercenaries,” traitors,” and other epithets of similar style, and against whom they they have publicly unleashed their bestial shock troops every time they’ve considered it appropriate. Thus, they avoid creating false expectations: it is essentially the same dictatorship. The release of these Cubans today is a currency of exchange to try to recover the grace of acceptance before the the world, but it is also a breakdown of the autocracy, which, on the other hand, will try to regain lost ground by weakening the opposition.

In the midst of this situation, the Catholic Church emerges to mediate in a conflict and seek an arrangement; and — as often happens at every critical juncture between Cubans — this leads to burning questions and the adoption of polarized positions about the legitimacy of the Catholic Church’s role as mediator, of the moral authority of Cardinal Jaime Ortega for this job. For my part, despite the fact that I am not Catholic nor do I practice any religion, I consider the conduct of the Church positive in this case because I endeavor to analyze the moment and circumstances with a cool head. It is a difficult exercise, certainly, but we must face facts: the dictatorship has been weakened and has been forced to cede, but this does not imply that they have lost control or that the opposition of the civil society is sufficiently consolidated to take a part in the talks as a condition of the negotiation. The authorities reserve the right to choose an interlocutor, and we know that, to date (and I say quite deliberately “to date”), they do not recognize the opposition or other independent sectors as such; we recognize it would be a suicidal move that they are not going to take, at least not now, nor will they take it willingly when they are forced to do so. In these circumstances, I do not know an institution more solid or with more social recognition in Cuba than the Catholic Church, an institution that, taken as a whole and in this work, is much more than the individual figure of Jaime Ortega.

But in fairness, we must recognize that in this earliest step the fundamental objective has been freeing the prisoners of the Black Spring — which implies a victory for the civil resistance and, along with Fariñas, all of Cuba — in which the Church has played a significant role.

It is up to all of us, as free citizens, to maintain the pressure and to continue to push the wall. We know that the dictatorship will retain all possible power for the longest possible time; we know that our road is long and uphill. I believe that we also have the responsibility to support every movement or gesture of conciliation or opening that brings us closer to democracy, because these cracks in the regime strengthen us only in so far as we know how to take advantage of them. And, of course, even though I am happy for the freedom of at least one group Cubans who have left their prison cells, or who expect to leave soon, I am still not satisfied. In my opinion, the Church cannot permanently monopolize the mediation, and so should, in the not too distant future, attempt also to defend the right of the people to represent themselves, above all in politics. We also should demonstrate responsibly and calmly that we are sufficiently grown and that we no longer want to have a Daddy State, and (without any intention to offend anyone and with all due respect), nor do we need a Mommy Church.