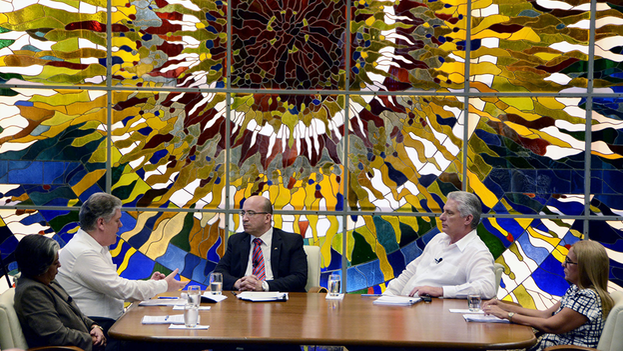 Source EFE, via 14ymedio: Cuban president, Miguel Diaz-Canel, denied on Tuesday that the imminent rise in state wages is a populist measure, and he assured that it will be accompanied by other economic reforms, such as the long-awaited elimination of the double currency.

The president affirmed in an appearance on the Roundtable TV show that the elimination of the double currency will be one of the measures that will go along with the increase of salaries, without specifying a date or the strategy that his Government will apply for the unification.

He also emphasized that Cuba will achieve “prosperity” despite the financial and commercial embargo imposed by the United States and hoped to correct the “internal blockade,” referring to inefficient production and excessive bureaucracy of state agencies.

A note to TranslatingCuba.com readers: The purpose of our project is to translate independent Cubans writing from the Island. In addition to its own articles, 14ymedio also publishes syndicated articles which we rarely translate. In the interest of ensuring our readers get critical news about Cuba from whatever source, we are going to experiment with these “News Summaries.”