CaféFuerte.com offers for the consideration of its readers a selection of 12 events that affected Cuba and Cubans during the past year.

The selection was made considering the impact of these events on the political, economic and cultural life of the country. They were organized chronologically, not according to relevance.

It is, therefore, a list open to the critiques of its readers, who might agree or disagree with the selection criteria. Other significant stories, clearly, are excluded, but that’s a risk of any effort to select and rank the news.

1. Pope Benedict XVI visits Cuba: From March 26 to 28, Pope Benedict XVI made a pastoral visit to Cuba and met with Raul Castro and Fidel Castro, The Pontiff was received in Santiago de Cuba, where he presided over the celebration of a mass in the “Antonio Maceo” Plaza of the Revolution and visited the National Shrine of the Virgin of Charity of Cobre, Patroness of Cuba. The visit coincided with the 400th anniversary of the discovery of the Virgin of Charity. The image of the Patroness of Cuba traveled on a pilgrimage of some 18,000 miles the length and breadth of the island, the first since 1959, consolidating a new era of relations between the Catholic Church and the Cuban government. It was the second visit of a Pope to Cuba since 1998.

2. Cholera epidemic: In late June the independent press reported an outbreak of cholera in Manzanillo, which was later confirmed by government authorities. It is the first epidemic of this type in Cuba since the end of the 19th century. The official press reported three deaths and hundreds of hospitalization, but independent reporters fixed the dead at between 10 and 15. The epidemic spread to provinces such as Holguin, Santiago de Cuba, Guantanamo, Camaguey and Ciego de Avila. The government declared the outbreak over on August 28, but the cholera cases continued to break out in the country. The journalist Calixto Ramon Martinex, who revealed the existence of cholera in Manzanillo, was imprisoned on September 16, and still remains behind bars, accused of contempt. The epidemiological situation also worsened with numerous cases of dengue fever, which forced the authorities to launch a national offensive against Aedes aegypti mosquito.

3. Implementation of new customs regulations: The government imposed severe customs duties on the import of personal items, which took effect in August and September. The regulations established tariffs on miscellaneous non-commercial items imported by individuals via air, sea, postal service and courier. The government resolutions tightened the controls for the entry of goods to Cuba and dealt a blow to the businesses of the so-called “mules”, who carry shipments of merchandise from Miami to the island.

4. The death of Oswaldo Paya Sardinas: Oswaldo Paya Sardinas, a prominent figure of the political opposition and winner of the European Union’s 2002 Sakharov Prize, died in a traffic accident near Bayamo, in the eastern part of the island. The accident also killed the activist Harold Cepero, a member of the Christian Liberation Movement, founded by Paya. The incident triggered an avalanche of accusations, complaints and requests from family members and international organizations for an independent investigation into what happened that afternoon. The government called it an accident caused by the infractions committed by the driver of the car, the Spanish politician Angel Carromero, who was tried and sentenced to four years in prison. The saga of Carromero is not yet over. After negotiations between the governments of Cuba and Spain, Carromero was transferred to Spain last week to serve his sentence there. Meanwhile, the widow and children of Payá continue demanding a clarification of what happened.

5. Approval of Tax Law: In July, the National Assembly of People’s Power approved a tax law that impose taxes on Cubans, opening an unprecedented stage for the socialist system and life in Cuba. The legislation, which will come into force gradually beginning in January 2013, covers all sectors of society and includes nineteen taxes, three contributions and three rates. Synchronized with the updating of the Cuban economic model promoted by Raul Castro, the law seeks to ensure the collection of financial support to underpin social spending, and to become a regulating mechanism for the budget, finances and the national economy.

6. Announcement of travel and immigration reform: After a long wait of the Cuban people, Raul Castro’s government announced on October 16 a new travel and immigration policy that eliminates the exit permit and the letter of invitation requirements for foreign travel for Cubans living on the island. It was also decided to extend the time Cubans can remain abroad for specific reasons from 11 months to 24 months. The new policy will take effect on January 14, 2013 and will represent the biggest change in travel immigration matters since the Migration Act in effect since 1976.

7. The devastation of Hurricane Sandy: With a designation of Category 2 (Category 3 at times) and winds up to 400 mph, the tropical cyclone Sandy left a trail of destruction in Cuba in late October. It killed at least 13 people, devastated the eastern province of Santiago de Cuba, and caused severe damage to the neighboring provinces of Guantanamo, Granma and Holguin, in the poorest region of the country. The impact was as destructive to state buildings and homes as it was to communications infrastructure and crops.

8. Oil drilling fiasco: The wave of expectations generated by the arrival of the Scarabeo 9 drilling platform to Cuban deep waters vanished with three failed attempts to find commercially exploitable oil in unexplored blocks of the so-called Exclusive Economic Zone, an area of 43 thousand square miles divided into 59 blocks where the government of Raúl Castro placed it hopes of finding hydrocarbons to jump start the island’s economy. The fiasco ended with the withdrawal of the Spanish oil and gas company Repsol from the Cuban oil project and removal of the Scarabeo 9 drilling rig from the Gulf of Mexico.

10. Hugo Chavez’s Health Crisis: After declaring that he had eliminated cancer from his body and proclaiming himself completely cured, the Venezuelan president Hugo Chavez is facing a new health crises that has endangered his life and appears to have permanently removed him from power. Chavez, 58, underwent a fourth surgery this last December 11, and since then has not been seen in public. Official reports speak of aggravated complications from a respiratory infection, which forced the suspension of New Year’s celebrations in Caracas. Chavez could not be sworn in for his new presidential term and the political future of Venezuela is the great unknown of 2013, with eventual implications for the Cuban economy. 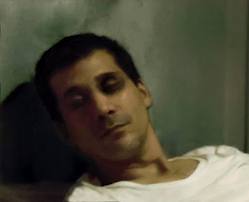 11. Increased repression and control over independent activity on the island: The year 2012 was particularly violent for dissidents, bloggers and independent journalists in Cuba, with an increase in violations of human rights, short-term detentions, and harassment of opposition organizations. Short-term detentions totaled 6,602, the highest number in the last five years. The dissident Antonio Rodiles, founder of the Estado de Sats (State of Sats) program and promoter of the Citizens’ Demand for Another Cuba, was arrested and beaten during a peaceful demonstration, and released after spending 19 days in jail for alleged contempt to authorities. Amnesty International declared his case among the 10 most absurd arrests of 2012. Also charged with contempt was independent journalist Calixto Martinez of the Hablemos Press agency, who remains under arrest. The blogger Yoani Sanchez was arrested and returned to Havana to prevent her from attending the trial of Angel Carromero in the city of Bayamo. Violent repudiation rallies were held by pro-government mobs against opponents across the country, and government controls on the use and access to the internet escalated.

12. The government battle against reggaeton: The Cuban government launched an offensive against reggaeton and its performers amid a culture war being carried out within society. The authorities announced that they were working on a legal regulation to control the use of music in public places and in the media, in order to safeguard “the ethical values of society.” Orlando Vistel, president of the Cuban Institute of Music, reported last September that a legal norm is in the “design phase” to seek solutions to the problems of musical dissemination and Cuban soundscape. The regulation should be announced in 2013 but is already a huge source of controversy on the island.